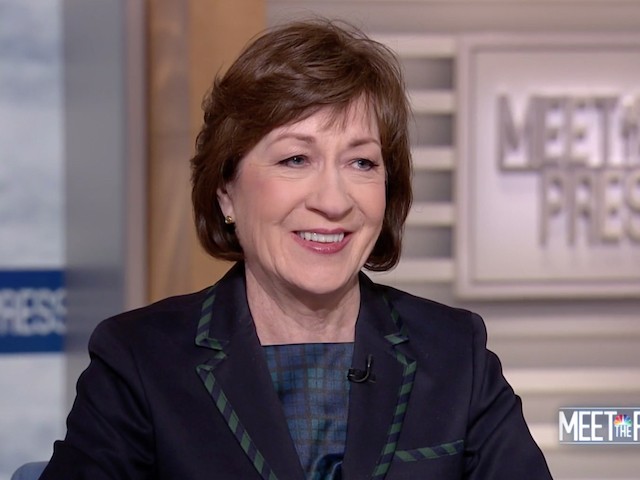 Sunday on NBC’s “Meet the Press,” Sen. Susan Collins (R-ME) said Senate Majority Leader Mitch McConnell (R-KY) should go forward with a Senate vote on bills passed in the House to re-open parts of the governmental .

Collins said, “Well, I can’t speak for Senator McConnell but I would like to see him bring the House passed bills to the Senate floor. We could reopen much of government where there’s no dispute over issues involving certain departments like ag, transportation, housing, interior. Let’s get those reopened while the negotiations continue.”

She added, “but to be fair to Senator McConnell, the fact is that unless Chuck Schumer and Speaker Pelosi agree and the president agrees to sign a bill, we can pass bills but they won’t become law. That’s why I understand the point that Senator McConnell is making about these important negotiations that are, in fact, ongoing.”