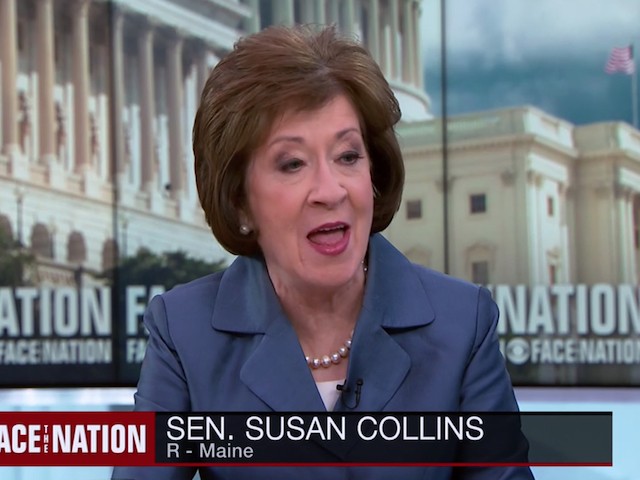 Sunday on CBS’s “Face the Nation,” Sen. Susan Collins (R-ME) she believed Congress could reach a compromise on “physical barriers” at the border but “not to the degree” President Donald Trump has requested.

Collins said, “I don’t know how any member of the administration or of Congress could think that a shutdown was a worthy pursuit. it never is.”

She continued, “The best agreement that we can get is an agreement on border security, but an agreement to fund the federal government through the end of the fiscal year, which is September 30. No more short-term stopgap funding measures, and we cannot have the threat of a government shutdown hanging over our people and our economy.”

When asked about a wall, Collins said, “I think what will happen is the efforts to continue to build barriers, which have gone on in the last two administrations, will continue, but not to the degree that the president has requested. What we should do is ask the non-partisan experts and customs and border patrol, what are their biggest problems. It’s going to be a combination of physical barriers, technology, more border patrol agents, more immigration judges, more sensors. It’s got to be an all-of-the-above approach.”