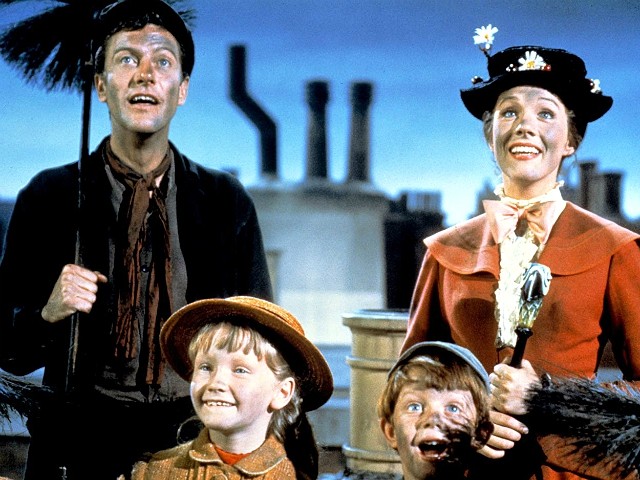 A professor at Linfield College in Oregon claims that the 1964 film Mary Poppins is racist, arguing that the main character can be seen “blacking up” her face with soot as she dances with chimney sweeps.

Professor Daniel Pollack-Pelzner accused the classic film of racism in a New York Times op-ed last week, claiming that despite seeming like an “innocuous comic scene,” it is racist when Mary Poppins gets covered in chimney soot and doesn’t bother wiping it off her face.

“One of the more indelible images from the 1964 film is of Mary Poppins blacking up,” writes the professor, stating that after Julie Andrews’ character charges up a chimney, “her face gets covered in soot, but instead of wiping it off, she gamely powders her nose and cheeks even blacker.”

The professor also mentioned that a housemaid can be heard screaming “Don’t touch me, you black heathen” in the 1943 film “Marry Poppins Opens the Door,” as a chimney sweep “reaches out his darkened hand,” which is more evidence of chimney sweeps being associated with racial caricature.

“When he tries to approach the cook, she threatens to quit: ‘If that Hottentot goes into the chimney, I shall go out the door,’ she says,” adds the professor.

“Hottentot” is a racial term used in reference to the Indigenous people of South Africa.

The professor went on to reference a few other examples from a variety of different classic films, which he says have also included subliminal messages regarding race.

Pollack-Pelzner concluded that the latest version of the film, entitled, Mary Poppins Returns — which had recently picked up four Oscar nominations — may be “serenading” the outdated “Disney genres.”

Pollack-Pelzner cited the Oscar-nominated song, “The Place Where Lost Things Go” as his reason for believing that a racist serenade is occurring today. Specifically, because of the song’s lyrics, which include the words “nothing’s gone forever, only out of place.”