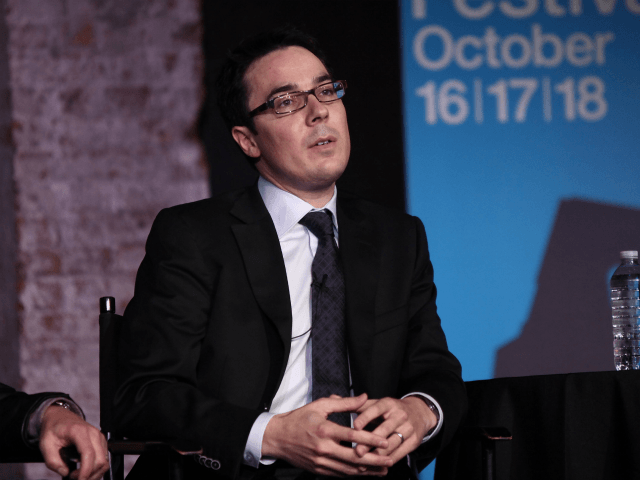 Residents of a small pro-Trump town in Iowa are grappling with the aftermath of a recent news story that put them under the media spotlight, after a disgraced reporter spent three days there trying to dig up dirt on Congressman Devin Nunes’s (R-CA) family.

Reporter Ryan Lizza (pictured), who was fired from the New Yorker for sexual misconduct in 2017, came to Sibley, Iowa, after he read an article about how Nunes’ parents and brother had moved there in 2006. He showed up last month, driving around and interviewing members of the tiny town with a population about the size of a high school.

Residents allege Lizza gave varying answers to where he was from, who he was reporting for, and what he was reporting on. The resulting story claimed that Nunes had tried to hide that his parents owned a dairy farm there, and suggested they were employing undocumented workers.

But the story also painted its residents as bigots and hypocrites for supporting Trump but disagreeing with his hardline immigration stance. And the story revealed to the world that a woman’s 17-year-old son had just committed suicide.

The article was meant to target Nunes — but residents say they feel they were collateral damage.

“He makes it out like we’re this weird, freaky town. There were a lot of offensive things in there,” said Tim Nobles, a city councilman and financial adviser who has lived there for 20 years.

“I think the whole thing was a hit piece on a representative and the collateral damage was the town, the community, and innocent people just trying live their life,” he added.

The article has now drawn more reporters to Sibley. Earlier this week, a CNN reporter from New York arrived. According to Nobles, he joked he was “in the middle of nowhere,” and said someone had asked if he was near where the movie “Napoleon Dynamite” took place — which was in Idaho.

A Des Moines Register columnist wrote on Facebook that she also went to Nunes’ family’s farm this week.

The attention has shaken a town where everyone knows each other — and supports one another. One resident told Breitbart News that Sibley is the kind of place where everyone leaves their doors unlocked and their cars running while they run into the store.

They know each other’s families and look after one another’s children, so when Lizza showed up going “door to door, asking questions,” everyone knew it.

“What does he think everybody’s going to do, when you have a stranger coming around, asking all kinds of questions?” Nobles said.

Residents are upset about Nunes’ family being targeted, and have offered them any support they need, according to the resident, who wished to speak on background.

Residents are also upset about the way they were portrayed in the article.

And they are particularly angry that Lizza wrote about Brenda Hoyer’s son committing suicide and the way he portrayed the Hoyer family.

The Hoyers own The Lantern, the coffee shop that Lizza made his “office” in Sibley while he was in town. Their first day open after their son’s death was the same day Lizza arrived.

Lizza introduced Hoyer in his piece by saying she asked if he was “a believer” as she came to take his order. He then described being caught off guard when she shared with him that her son had committed suicide just 13 days earlier.

He later said she told him to leave her coffee shop, giving him a “chilling warning” that his article “is going to destroy families.” The coffee shop is now receiving nasty calls, according to the resident.

“When I read some of the stuff that was in that story about the Hoyer family, quite frankly, it ticked me off,” Nobles said. “There were a lot of upset people about that. You don’t utilize a child’s death and the emotional tragedy of a family to make a political point.”

“I’m just not even sure why he would think that was appropriate,” he said. “But based on what I’ve read about the guy, he doesn’t know what appropriate is for a lot of situations.”

Lizza was fired by his last employer, the New Yorker magazine, for “improper sexual conduct.”

Nobles said residents are upset over being portrayed as hypocrites, just because they support Trump but also support a guest worker program for undocumented workers.

“We tend to support more Republican candidates because more of their issues line up with our values and quite frankly, our belief system, if you will,” he said.

“There are issues I don’t agree with. Quite frankly, I wish [Trump would] be quieter. But on immigration, I am not a teetotaler,” he said. “I think the issue really is is finding a solution that helps people who need the labor, the farms, the landscape companies, that helps the people looking for work coming across the border and also helps the consumer.”

“I think there ought to be a solution that is a legal process that protects all the parties that are interested,” he said. “I don’t agree with the ‘zero tolerance’ policy, you might say. But that doesn’t mean I’m going to go vote for Hillary-freaking-Clinton.”

“Nobody here believes that you should welcome illegal or undocumented people with open arms. I think pretty much universally everybody wants there to be a solution to the overriding issue,” Nobles said.

“Most people are trying to go around and make their living and raise their kids.”