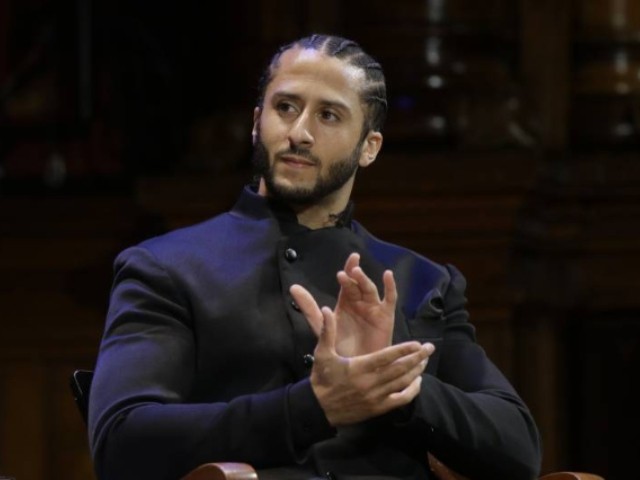 Original anthem protester Colin Kaepernick is urging continued protests, even as the number of players still carrying on with the demonstrations has dwindled to less than a dozen.

Once stretching across nearly every team in the league and including hundreds of players, the anthem protests are now only being carried out by  6 or 8 players instead of the hundreds of years past.

With the protests dwindling to near non-existence, former San Francisco 49ers quarterback Colin Kaepernick, is pleading for the protests to continue, the Independent reported.

Speaking at the ceremony for his award of the W.E.B. Du Bois Medal by Harvard University on October 18, Kaepernick said he felt it was his “responsibility” to see that the protests continue.

“If we don’t, we become complicit in the problem.,” Kaepernick insisted.

Thank you Harvard University for honoring me tonight with the W.E.B. Du Bois Medal. I’m grateful for this recognition and to be amongst the other highly esteemed honorees that inspire me.
Photo Credit: Amari Kenoly @foot_candles pic.twitter.com/plXOBuwBlF

Kaepernick was the first NFL player in the league to begin protesting during the playing of the national anthem. But after that 2016 season, Kaepernick turned free agent and has since found no team willing to sign him. He sat out the 2017 season and thus far has no prospects for 2018, though some rumors recently claimed that the New York Giants were considering an offer.