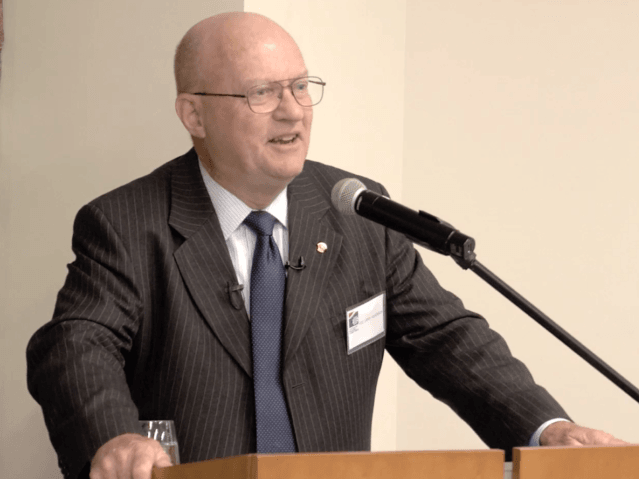 The more the U.S. military expends on fighting unnecessary wars, the less able it will be to fight necessary wars, warns Army Col. (Ret.) Larry Wilkerson, former chief of staff for Secretary of State Colin Powell.

Given the array of really big threats out there, and the way we have spent our military on the peripheries of our empire, doing things less than existential — and in some cases, less than approved by the American people — can we do this or are we going to get caught short, and either have 10 or 15 or 20 times the casualties we should have?

“Or maybe, maybe even lose? That’s the ultimate question about what we’re doing today, and we aren’t ready yet to confront that question,” he added.

Wilkerson, who now teaches at the College of William & Mary, spoke Thursday on a panel titled “The Impact of War on Military Readiness,” sponsored by the Committee for Responsible Foreign Policy.

Wilkerson argued that maintaining a presence in Afghanistan or conducting presence operations around the world that are not existential was wearing down the military’s ability to fight in future existential wars, such as against China.

“Or when you do nothing but Freedom of Navigation exercises … and suddenly you’re thrust into a real naval battle on the high seas, and you don’t have enough escorts even to rescue your own people off a carrier, you’re in trouble,” he said.

He said the ongoing wars in Afghanistan — which entered its eighteenth year last week — has already taken a heavy toll on the one percent of Americans who serve in the nation’s military.

Wilkerson, who is the faculty adviser for the College of William & Mary’s student veteran group, recalled going to Walter Reed and meeting wounded warriors. There, he met an Air Force technical sergeant missing both of his legs below the knee and his right arm below the elbow.

He said what that tech sergeant wanted to know was “who are the architects [of the war in Afghanistan]? Who put me in Afghanistan in front of that [improvised explosive device] with me diffusing it with one month left on my tour in Afghanistan after doing a full tour in Iraq, too, and surviving?”

“I would submit to you that every single American should take a moment — a moment of silence maybe — and ponder that question,” he said.

“Because the answer ultimately, if we still are in our imperial status, a facsimile of a Democratic federal Republic, every American is the answer to that man’s question. We all put him there and them there,” he said. “We put them there under circumstances less than an existential threat to this country, and in many cases, we keep them there in those circumstances.”

Wilkerson also said that after the 9/11 terrorist attacks, which were planned and carried out by al-Qaeda from Afghanistan, the U.S. military should have gone into Afghanistan, knocked al-Qaeda out, punished the Taliban who supported them, and left with the message “ringing in everyone’s ears” that if it ever happened again, the U.S. would come back and do it again.

“I don’t think we would have had a problem doing that, except that we would have saved 15-and-a-half, 16 years of interminable warfare,” he said.

He asserted that the U.S. was really in Afghanistan to destabilize China if necessary. He said if so, the military needs to level with the American people.

Wilkerson said the ongoing wars in Iraq and Afghanistan impacted voters in the 2016 election, according to sociologists who presented their research at an Ohio State symposium he attended.

“What [they] found is, yes, it dramatically impacts their politics. And then what they found with the 2016 election and the comments made about it was that it had a lot to do with some 60 or 70 percent of the enlisted ranks who voted for President Trump,” he said.