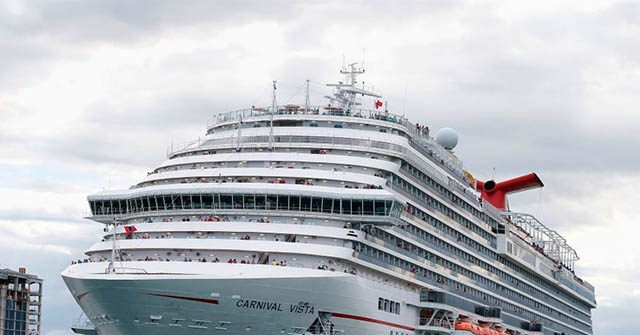 The U.S. Coast Guard is searching for a woman who passengers say jumped off a Carnival cruise ship into the Gulf of Mexico after a hot tub incident.

Passengers told WAFB that an incident occurred near the 10th deck hot tub around 2:30 p.m. between the woman and a man.

“Security got her out of the hot tub. Whenever they got to take her into custody, apparently she was upset and went over the rail. And, that was at about 2:30,” said Kim Barnette of Baton Rouge.

A man named Randy said after the woman jumped, she whacked her head on the side of the boat during her fall, before landing face-first into the Gulf of Mexico, according to WAFB.

“There are some life boats there that apparently she hit on the way down,” Barnette told WAFB. “Which when it hit, it was pretty loud, and of course there was a disturbance here on the ship, which made me go on my balcony on deck 7.”

Once she went overboard, a life preserver and flare were tossed into the water to identify where she landed, and the ship circled the area for hours until the Coast Guard arrived, per WVUE. Daily Mail obtained a video of the flare and preserver, which was posted to Twitter by user @johnnytrupp.

The Coast Guard said it deployed an HC-144 Medium Range Surveillance Aircraft and an MH-60T Jayhawk helicopter for rescue efforts.

The cruise line provided a statement on the incident, which was obtained by People.

“Carnival Valor supported the search for a guest who jumped overboard from her balcony on Wednesday afternoon while the ship was at sea,” the statement says before continuing:

The ship’s command immediately began search and rescue procedures, returned to the area near where the incident occurred and notified the U.S. Coast Guard. Carnival’s CARE team is providing support to the guest’s husband who was traveling with her, as well as her family. Coast Guard officials took over the search effort and released Carnival Valor on Wednesday evening. Our thoughts are with our guest’s family.

Barnette told WAFB that the mood changed drastically after the incident, noting that spirits seemed down.

The cruise ended Thursday morning following a five-day trip to Mexico, and the Carnival Valor is set to depart for a new cruise later Thursday evening, People reports.