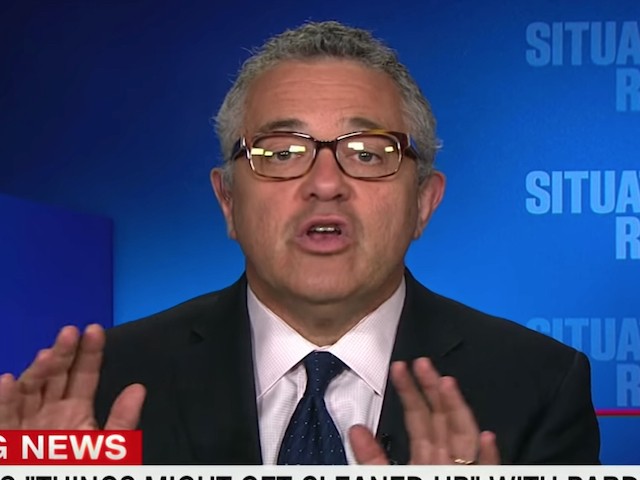 According to Toobin, the new accuser “does change things” because of its similarities to the accusation made by Dr. Christine Blasey Ford.

“I think it changes the whole story because it’s another credible corroborated allegation of sexual misconduct by Brett Kavanaugh a long time ago, and senators are going to have to decide whether it matters to them,” Toobin said. “I think it does change things, but this is an election with 100 voters, and we will see if they are interested in these facts.”

He went on to say, “What’s striking about the allegation, it is similar in atmospherics to the high school allegation: The excessive drinking and the coercive relationship with women. If you read Mark Judge, the alleged accomplice in the first assault, the world he describes at Georgetown Prep of really absurd amounts of drinking, weird hostility towards women. It’s all of a piece. It is all consistent with one another. Are they all lies? Perhaps, but it certainly has a ring of truth to me. … The question is what are people going to do with this? The idea that it’s all made up seems sort of preposterous at this point.”