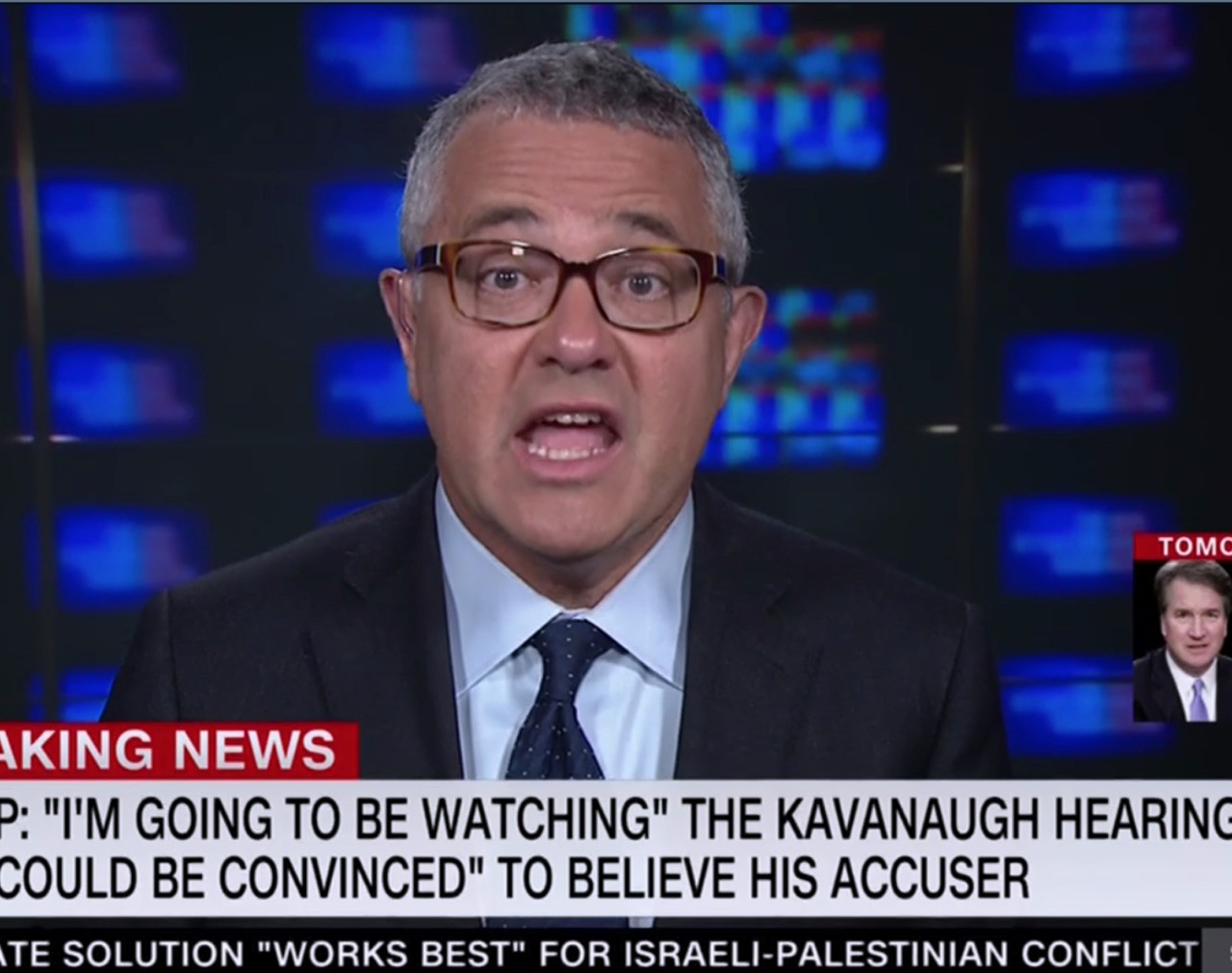 Wednesday on CNN’s “The Situation Room,” network legal analyst Jeffrey Toobin said maybe much of the country does not believe the allegations against Supreme Court associate justice nominee Brett Kavanaugh because they are “racist and sexist.”

Toobin said, “Can I make a suggestion? Maybe the base is much of the United States. Maybe this country is a lot more racist and sexist than we thought. Maybe a lot of people find this allegation preposterous.”