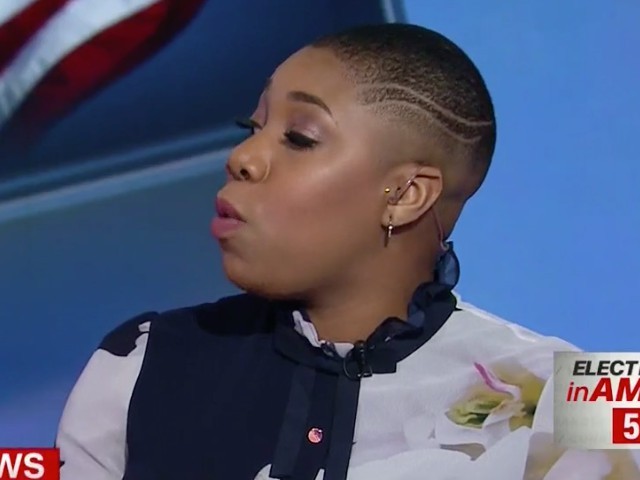 “The president is lying. You know, I hope when the White House sent out those statements today, the remarks, from the president, they titled it, ‘In Defense of White Supremacy.’ Because that’s exactly what I heard from the White House, which is unfortunate,” Symone Sanders said.

Sanders also said, “If we want a conversation about comprehensive immigration reform, let’s have it, but that’s not what the president is doing. He’s saying, ‘These brown people are coming to take your jobs, they’re criminals. We can’t trust them, we’re going to shoot them at the border and the Democrats just want them to come in, so you need to vote for the Republicans.’”

‘The CNN commentator made these comments following President Trump’s comments on Thursday regarding the migrant caravan heading towards the United States.

Trump warned that “large well-organized caravans of migrants are marching towards our Southern border,” and that it was “like an invasion.”

Sanders’ takes on immigration have long been unhinged.

After American Mollie Tibbetts was allegedly murdered by an illegal alien, she declared that the story was unrelated to America’s immigration policy, but was instead an issue of “toxic masculinity.”

Mollie Tibbetts was murdered b/c she told a man to leave her alone while she was jogging. Her murderer happens to be undocumented. This isn’t about border security. This is about toxic masculinity. Mollie Tibbetts lost her life b/c a man couldn’t take her saying no. Full stop.

The CNN commentator also said earlier this year that the policy of separating migrant children from their parents at the border was “a cruel and unusual policy” that was reminiscent of slavery.

“This is a policy that harkens back to what America did during the times of slavery, when they took children, and they separated families from their mothers and fathers from folks who are being sold into slavery,” she said.