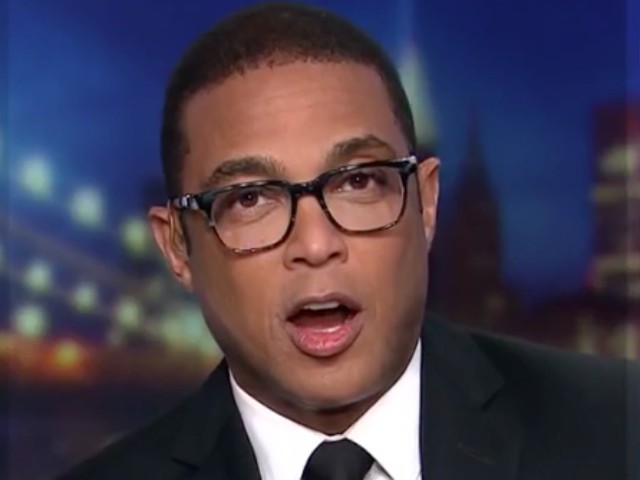 CNN’s Don Lemon said the Tuesday broadcast of his program that rich supporters of President Donald Trump do not want to pay more taxes because of “selfishness.”

Lemon was referencing an earlier segment on “Cuomo Prime Time,” in which CNN reporter Elle Reeve spent a day with Donald Trump supporters in Oregon at a dune buggy rally in support of the president.

During the handoff from anchor Chris Cuomo, Lemon said, “I have to tell you, the story you did before that about the rich folks kind of dismantles that whole thing about economic anxiety was the reason that Trump got elected. Those people have no economic anxiety. They’re rich.”

Cuomo said, “Well, they have economic anxiety. They don’t want to give more money away to taxes…That used to be the traditional Republican, which was you don’t want to get taxed.”

Lemon said, “I don’t want to get taxed any more. Listen, you do what you want. I want to be able to buy a $250,000 dune buggy. I don’t want to help people who may be in need. I don’t want to — I want to be able to buy whatever, which is fine but just own up to it. Stop pretending the reason is economic anxiety. If you have enough disposable income to play dune buggies in the desert, listen, we all — I like to have fun, you like to have fun. You like to go boating and fishing. But just be honest about what your intentions and what you think and stop pretending that it is something else. And stop ignoring the elephant in the room. It’s not really economic anxiety. It’s actually, I think, it is selfishness because listen, I do well. I don’t mind paying more taxes for people who are not doing well to help other people out. This is America. I will be okay. How much do I need?”