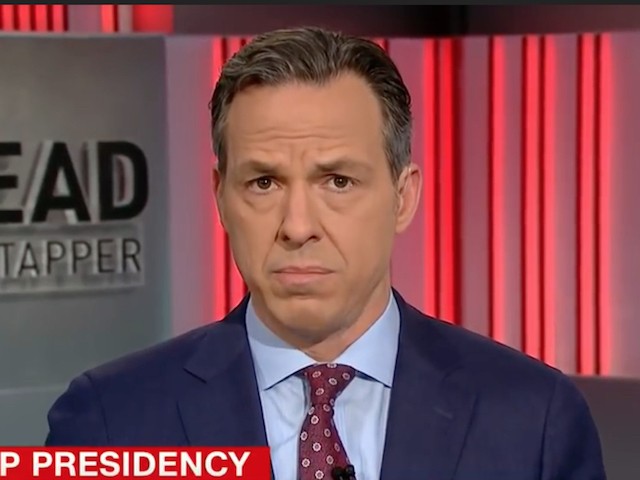 CNN host Jake Tapper said that when it came to Brett Kavanaugh, he felt like “we’d heard from men enough” during an appearance on The Late Show with Stephen Colbert on Monday.

“I’ve had all-women panels lots of times, but it is true that this Sunday, I felt that we’d heard from men enough,” Jake Tapper said, referencing the fact that he had an all-female panel on CNN’s State of the Union this weekend.

Jake Tapper, a white male with a privileged upbringing, wouldn’t pass up an invitation to appear on another white male, Stephen Colbert’s show, and indeed, despite saying that “we’d heard from men enough,” he spoke at length about the allegations against Kavanaugh during his appearance, taking up precious TV time that could have been filled with a woman’s opinion.

Apparently, men have been heard from enough, unless they work for CNN.

Acosta, upon being called on by Trump, said, “Thank you very much. If you don’t mind, after I’m finished, if…one of our female colleagues could go after me, that would be great.”

Of course, Acosta asked his question first, before a woman could be called on.

In response to Donald Trump Jr. saying that he was more concerned about his sons than his daughters in the #MeToo era, Toobin mocked him, saying, “Every night, I cry myself to sleep over the fate of white men in America. White men have no power, white men—I mean, it’s such garbage.”

“The idea that this is somehow unjust–remember, this all started with accusations of sexual assault. How about the lives of the women who were sexually assaulted in high school? How about 15-year-old Ms. Blasey, she wasn’t Ms. Blasey Ford in those days, how about her life? All this whining about the poor plight of white men is ridiculous.”