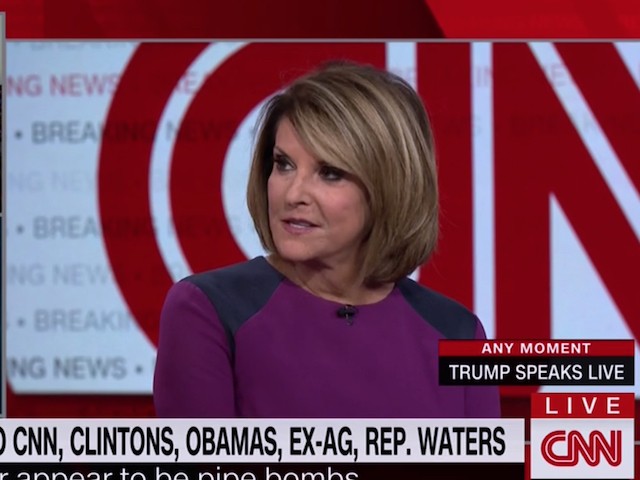 She tied the commander-in-chief’s political rallies to the targets of these acts.

Host Brianna Keilar said, “We heard the first lady saying it was Obama, Clinton officials, individuals, and organizations plural. Maybe there’s information we do not know. As far as we know right now with some of our excellent reporting … there’s one organization, and it is CNN.”

Borger said, “Nobody’s mentioning the name. It’s as if it can’t roll off the tongue unless you’re complaining about it. You know, I’m sorry about that, I’m very sorry about that. I know the president watches television, as David was saying. I know he knows. And he can call it egregious, abhorrent to everything we hold dear and say that we are extremely angry, upset and unhappy and I’m glad he’s promising to get to the bottom of it, but there is this sort of inability to actually talk about who was attacked, and that would be our, potentially our newsroom and our news organization. And, you know, more people were targeted other than two former presidents, as we know. George Soros being one of them, who he was not going to mention, Eric Holder another.”

Keilar said, “He’s mentioned in recent weeks. He’s been quick to mention him as a foil in multiple venues.”

Borger added, “Of course. Exactly. George Soros according to some conspiracy theorist, he’s funding the caravans or whatever. He’s funding everything according to conspiracy theorists. So these are names, as you point out, that come up all the time in his rallies. He’s not particularly kind to Barack Obama either. So I think it would have behooved him to be a little bit more complete.”