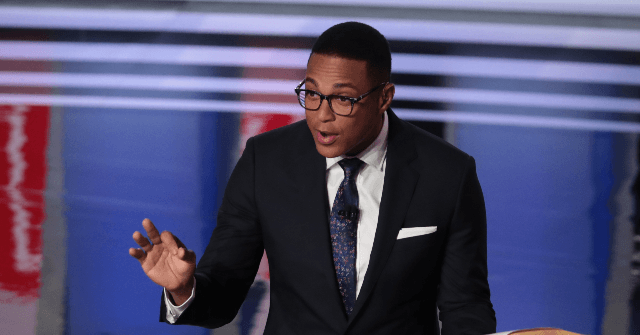 Monday on CNN’s “The Situation Room,” CNN host Don Lemon decried President Donald Trump’s pledge to restore order through the use of the military, if necessary.

According to Lemon, such a proclamation was a declaration of war against Americans, and described the situation as “teetering on a dictatorship.”

“[T]hose were the orders from the commander in chief for this very moment that just happened in front of our eyes,” Lemon said. “Why were we pretending otherwise? Open your eyes, America. Open your eyes. We are teetering on a dictatorship. This is chaos. Has the President — I’m listening — is the President declaring war on Americans? What is happening here? He’s saying he wants to protect peaceful protest at the same time sending law enforcement and military into the streets to push peaceful protesters back, to be aggressive with peaceful protesters. He is doing the exact opposite of what he said in that speech I think the President is playing a very, very dangerous game here.”

“There are a lot of Americans who are out on these streets who are upset, who are frustrated, who are angry,” he continued. “Again, I’m not condoning violence at all, and I hope that they remain peaceful, but I hope that they stand up and fight for their rights to peacefully protest in this country, but he’s playing a very dangerous game because this will backfire. People are upset, and they’re angry. These people, as I’ve been saying as well, they feel like they are occupied in their own communities by police departments. Many of them militarized police departments. Now the entire country, according to his orders, we are living under a militarized country, or we will be soon, and it will play out in front of our very eyes on national television.