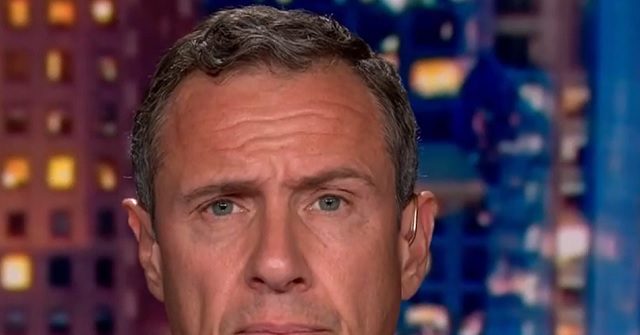 CNN’s Chris Cuomo said Wednesday on “Cuomo Prime Time” that President Donald Trump being asked about the Proud Boys at the first presidential debate gave Iran the idea to send threatening emails claiming to be from the Proud Boys demanding people vote for Trump.

Cuomo said, “Our government says, again, Iran is behind messages like this. I say it twice because a lot of you are getting them. And yes, they are threatening whether you’re in Florida or Alaska or wherever they’re going now. It is not from the Proud Boys.”

He continued, “Now, you will see threats in these emails, if you don’t vote for Trump, we have your information, we know where you live, we will come after you. A lot of people getting these have already voted, but still very scary to receive one, I’m sure.”

Cuomo added, “The choice to use the Proud Boys is also relevant. It is proof that the president’s influence at home and abroad is real because he talked this group up, and he made them a target of opportunity for our enemies. Remember his message to the hateful Proud Boys of ‘stand back and stand by’ at the last debate. Now we know at least one foreign actor was listening. These foreign efforts are expected, by the way. We saw them in 2016. We see them all the time. What’s not expected is for their goal to be given a boost by our president.”