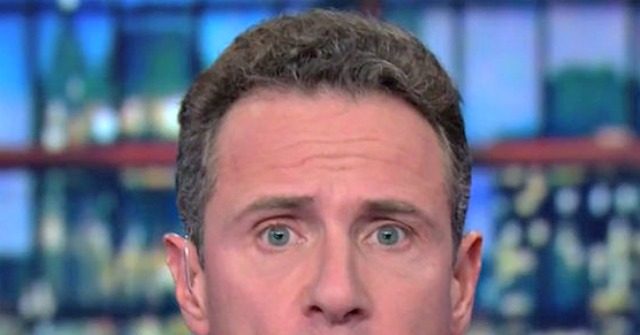 Anchor Chris Cuomo said Tuesday evening on CNN’s coverage of the State of the Union address that if President Donald Trump was acquitted with a vote that included one or two Democratic senators that could not be considered bipartisan.

On Wednesday, Sen. Mitt Romney (R-UT) joined all the Democrats and two Independents to vote to convict President Donald Trump on the first article of impeachment.

Conservative CNN contributor Scott Jennings said, “Donald Trump is having the best week of his presidency. And it’s not over. His opposition party is melting down, melting down in Iowa. He’ll be acquitted in bipartisan fashion tomorrow. His approval numbers are as high.”

Cuomo said, “Bipartisan fashion? Hold on. We’re bringing back the no spin zone here. How is it bipartisan tomorrow if one or two Democrats max vote to acquit him? Is that bipartisan?”

Jennings said, “You would have some Republicans and Democrats, so, yes.”

Cuomo said, “If you have two, it’s bipartisan?”

Cuomo said, “Come on, Scott. Give me a break. That’s silly.”

Jennings said, “You want to whip out the dictionary tonight and see who is right?”

Cuomo said, “That’s weak footing when it comes to your guy’s arguments to go to facts and history. Clinton was a bipartisan acquittal.”