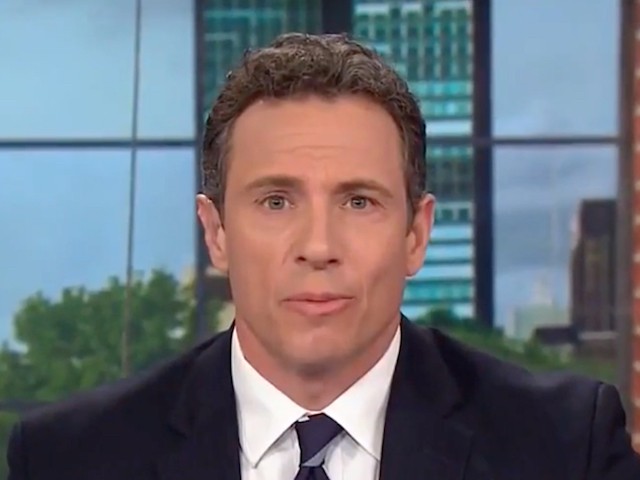 “My mind went to what is going on in Trump’s head,” Chris Cuomo said about the president’s meeting with Kanye West.

As Real Clear Politics first pointed out, the CNN host then decided to read President Trump’s mind, saying that it was his “educated guess” that Trump was thinking racist thoughts.

“Let’s take a look at him. Here is my educated guess, okay? Other than a warm serotonin flush of happy hormone, imaginary headlines, ‘Blacks love Trump,’ ‘He’s blacker than Obama!’” Cuomo said.

CNN’s coverage of the meeting between President Trump and Kanye West has been off-the-walls in general. Don Lemon used West’s dead mother to attack his political beliefs, saying, “This was an embarrassment. Kanye’s mother is rolling over in her grave.”

“I spoke to one of her friends today, or texted with one of her friends today from Chicago, Donda’s friends, I used to live there, I know ’em. She said, ‘Donda would be embarrassed by this. She would be terribly disturbed by this.’ And Kanye has not been the same since his mother died. He kept talking today about ‘Oh, I put the hat on and the hat made me feel strong and wearing a cape’–he needs a father figure,” Lemon said.