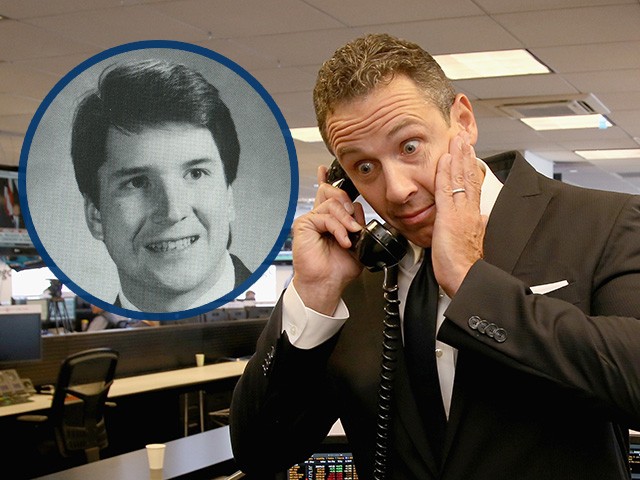 CNN’s Chris Cuomo asked a female classmate of Supreme Court nominee Brett Kavanaugh if he was “known at Yale as a virgin” in a Thursday evening interview.

The far-left anchor for the cable news channel asked this embarrassing question of Lynne Brookes, who attended Yale with Kavanaugh.

“I don’t believe it’s disqualifying to have partied in high school or in college,” Cuomo said. “But him telling the truth about himself is a more relevant standard. Was Brett Kavanaugh known at Yale as a virgin?”

Brookes, who was obviously caught off guard by the inappropriate and personal question, could only respond: “I have no idea.”

Then, as if to make her even more uncomfortable, Cuomo let her hang for a beat before he managed to stammer out, “I just want to know because that’s something he points out about himself that I know, having gone to the same school.”

Cuomo then questioned the honesty of Brookes by telling her, “It’s not so big a school, It’s got a big name. But it’s not that big a community. It’s pretty small. It’s the kind of thing that would have been known.”

Apparently, Cuomo knows just how sexually active every single one of his classmates was. Thousands of students attend Yale. Who could or would put in the effort to know such a thing?

“What the hell is he so angry about? What is going on with Lindsey Graham?” Cuomo asked rhetorically, before shaming Graham for not appearing on his basement-rated show. “I keep inviting him on the show to make the case.”

Cuomo then instructed Graham about who he is supposed to be angry with, and it was not the Senate Democrats who created this fiasco.

“He should be angry at the people to his left and right from his own party,” Cuomo demanded. “If you want to get red in the face, it should be with shame that you should own, Senator, and the people in your party who put it to this point.”

This is not the first time Cuomo has exposed a creepy side. Last year, he argued that a 12-year-old girl made uncomfortable by the sight of a penis in a girl’s locker room needs to learn “tolerance.” When it comes to Cuomo pushing his far-left agenda, a woman’s or even a little girl’s consent no longer matters.