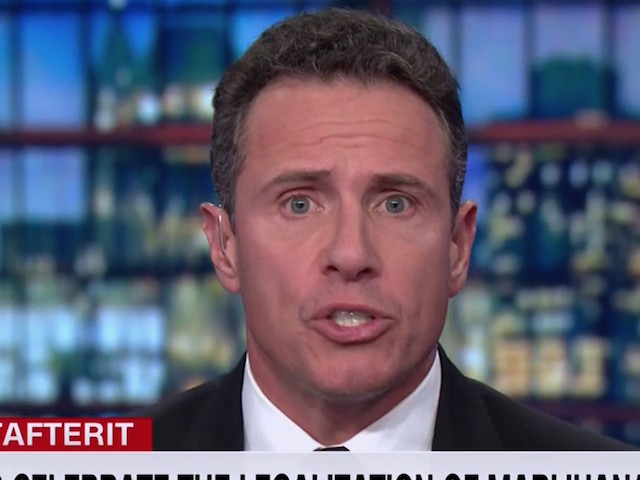 Wednesday on CNN’s “Cuomo Primetime,” host Chris Cuomo said the Republican’s midterm strategy was to use “fear and loathing” as a way to motivate their base voters.

He added, “Step one; If you don’t vote, the scary people from the south are coming for you.”

After playing a clip of Fox News host Laura Ingraham, highlighted a picture she used, Cuomo said, “You see that picture? That’s what they want you to think all immigrants look like, people laying on the floor, splayed out, not as civilized as you, different from you. Amnesty and chain migration, also called family reunification when it’s used by good people like Melania Trump. That’s she got her parents here. Right? So it’s okay for her, but not anybody else. That’s how you will be taken out if you don’t vote.”

After playing clips of Republican’s referencing left-wing mobs, Cuomo said that was, “deceptive and divisive.”

Cuomo added, ” Like the vicious women who came out to share their stories of sexual harassment and trauma during the Brett Kavanaugh proceedings. These women, the same ones that confronted Jeff Flake on that elevator and made a difference, if you remember. According to the GOP, these women are part of the liberal mob. Now, they’re not as endearing as, let’s say, the Proud Boys, or the Confederacy kin that Republicans like to cotton to, but a mob?”