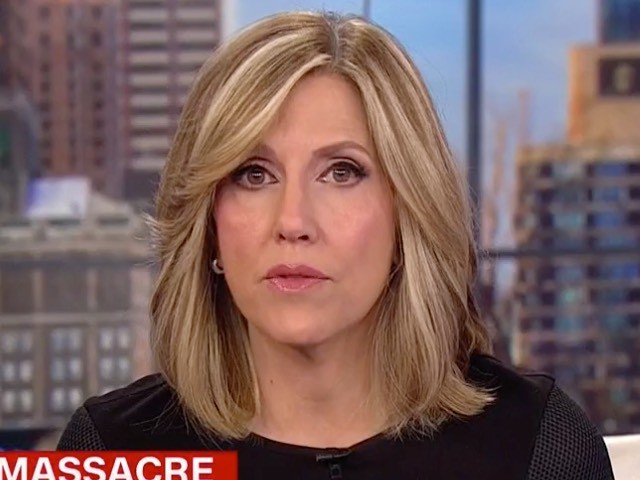 CNN “New Day” co-host Alisyn Camerota on Wednesday accused President Donald Trump of “using some of the same language” as the Tree of Life Synagogue shooter by referring to the migrant caravan as an “invasion” in a tweet this week.

Many Gang Members and some very bad people are mixed into the Caravan heading to our Southern Border. Please go back, you will not be admitted into the United States unless you go through the legal process. This is an invasion of our Country and our Military is waiting for you!

The shooter wrote on social media a week before his attack that he liked to see migrants referred to as “invaders.”

“Midterm messaging, we’ll start with from the president,” Camerota said. “So, he seems to be zeroing in on the two pillars of the media, continuing his vitriolic attacks against the media, and migrants, continuing to, in fact, ratchet up the language about them and frankly, I mean, I have to say it, using some of the same language that the mass murderer at the synagogue used in terms of invaders and invasion.”