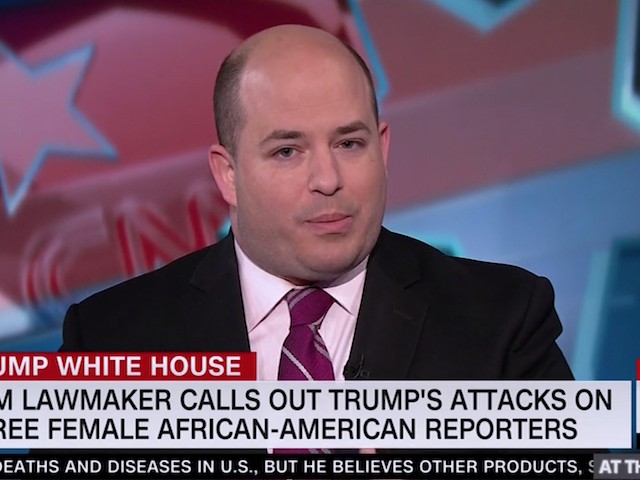 Stelter said, “The president has a problem here. I know that his supporters like to say he’s an equal opportunity insulter, an equal opportunity offender, but that’s not the case. He has a problem with women, and he has a problem with people of color. And unfortunately, there are not many African-American women covering this White House, but time and time again, it’s those reporters that the president goes after. Calling April Ryan nasty this morning. Saying Abby asked a lot of stupid questions”

He continued, “It’s not just me saying this here’s what Congresswoman Sheila Jackson Lee has just said on Twitter. She weighed in on this and pointed to all three of them and tried to draw the connection that’s very clear. This is the congresswoman saying ‘Dismissing them or their questions as dumb or stupid says more about Trump and his dog whistle racism than it does about these fine women.’ Again I know Trump’s defenders will say he attacks everyone, he insults everyone but there’s a pattern of him insulting women and minorities more often when he is in these exchanges with the press.”