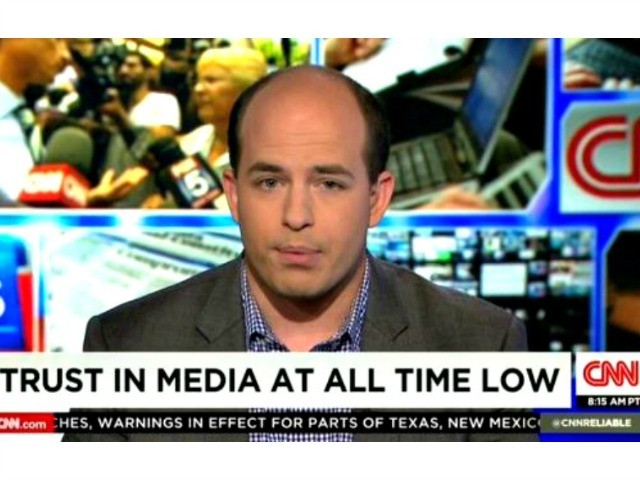 CNN’s Brian Stelter continues to insist that President Donald Trump is leading a “hate movement” against the media even after attending his first Trump rally where he admitted that he never felt like he was “in danger.”

Stelter even insisted on Monday that he is “more certain” that Trump is leading a hate movement after having attend Trump’s North Carolina rally last Friday.

So, you might be wondering, did I feel like I was in danger at the rally? No. Not at all,” Stelter wrote. “But the jeers and the insults can feel intimidating. And I was glad that I wasn’t alone when Trump encouraged the crowd to boo the press corps.”

Stelter described feeling like a “zoo animal” at the rally and criticized Trump for not having a more unifying message after prominent Democrats and CNN received mail bombs.

“I left the rally even more sure that Trump is leading a hate movement against the media,” Stelter wrote. “No, not everybody at his rallies buy into it, but some do. And that’s a serious problem.”

I left the rally in Charlotte even more certain that Trump is leading a hate movement against the media. No, not everybody at his rallies buys into it. But some do. That’s dangerous. https://t.co/WVdxEsB1PN

Stelter said Trump “didn’t try to tamp down the ‘CNN SUCKS’ chants — even after a week of bombs in the mail. Instead, he soaked it up. He reveled in it.”

“Then he told scary stories about illegal immigration and dastardly Democrats, pushing the crowd to be angrier, contradicting his own calls for unity,” Stelter continued. “Is Trump able or willing to control the forces that he has unleashed? Is he able or willing to tamp down the fire that he has fueled” His actions on Friday strongly suggested that he’s not. So what does that mean for the rest of us?”

This is not the first time that Stelter has accused Trump of leading a “hate movement” against the press.

“He’s treating the press corps as his opponent because it’s convenient and creates a… perceived enemy for him to attack,” Stelter said earlier this year. “That really is a hate movement and the results are what we see at these rallies. And because he’s holding rallies more and more often, we are seeing it more and more often.”