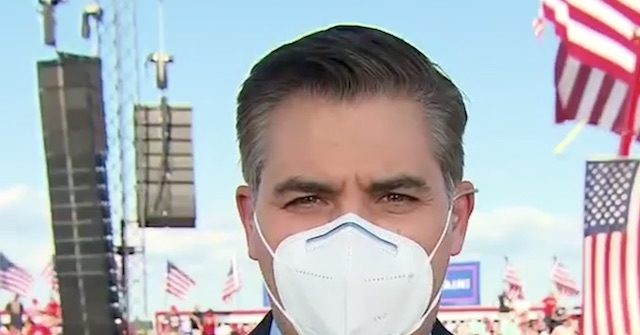 Acosta took a shot at his network’s critics by saying contracting COVID-19 would also “suck.”

“That’s an indication as to how much trouble he’s in politically right now,” he continued. “And as this crowd is chanting that there are members of the press here who suck, I should also point out what also sucks — getting the coronavirus.”