American adults say illegal immigration at the United States border under President Joe Biden is among the top problems facing the nation this year, a CNN poll reveals.

The poll, released on Thursday, reveals that Americans — including swing voters — consider securing the U.S. border the third most important problem that Congress and Biden should address this year.

The issue of illegal immigration at the border ranks behind reducing inflation and protecting voting rights for American citizens.

Department of Homeland Security (DHS) Secretary Alejandro Mayorkas agreed, in a closed-door meeting last month, that illegal immigration is “worse now than … ever.”

Among registered Republicans and self-described conservatives, illegal immigration at the border is the top priority that Congress and Biden must address. Democrats and those who “lean Democrat,” in contrast, consider illegal immigration their last concern.

White working class Americans, those without a college degree, consider illegal immigration at the border and reducing inflation the two biggest problems facing the nation at the moment. 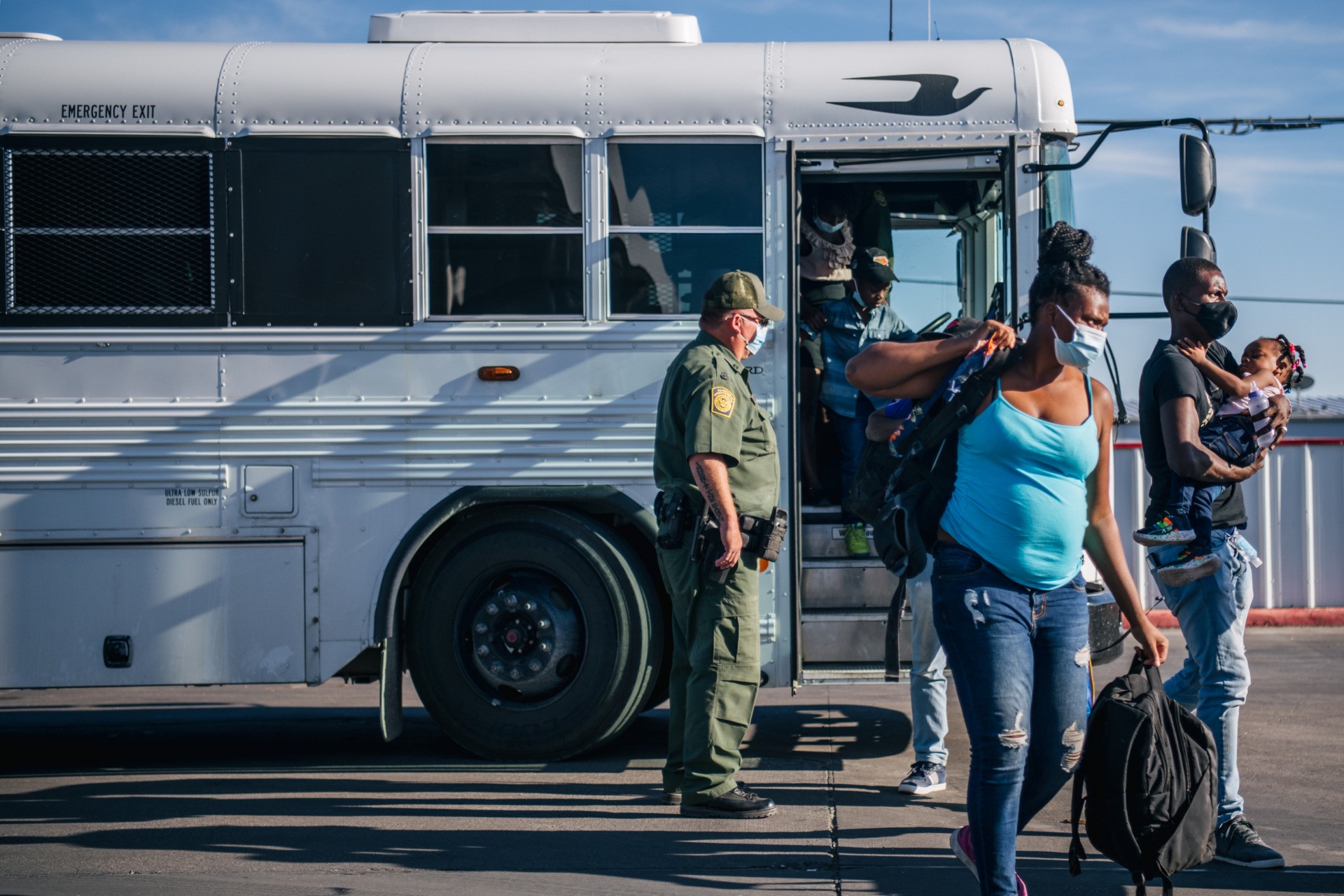 Migrants exit a Border Patrol bus and prepare to be received by the Val Verde Humanitarian Coalition after crossing the Rio Grande on September 22, 2021 in Del Rio, Texas. (Brandon Bell/Getty Images)

The poll is only the latest that suggests Americans, by and large, take issue with Biden’s massive expansion of Catch and Release at the border, a policy that has released hundreds of thousands of illegal aliens into the U.S. interior and incentivized nearly two million border crossers last year alone.

Most of those released into the U.S. interior can apply for work permits.

The Catch and Release initiative has been paired with Biden’s gutting of interior immigration enforcement via so-called “sanctuary country” orders that ban federal immigration agents from arresting and deporting most of the nation’s 11 to 22 million illegal aliens.

Most recent data published by Breitbart News shows that Biden cut deportations of illegal aliens by more than 85 percent in his first eight months as president. Compared to 2019, Biden has cut deportations by nearly 90 percent.