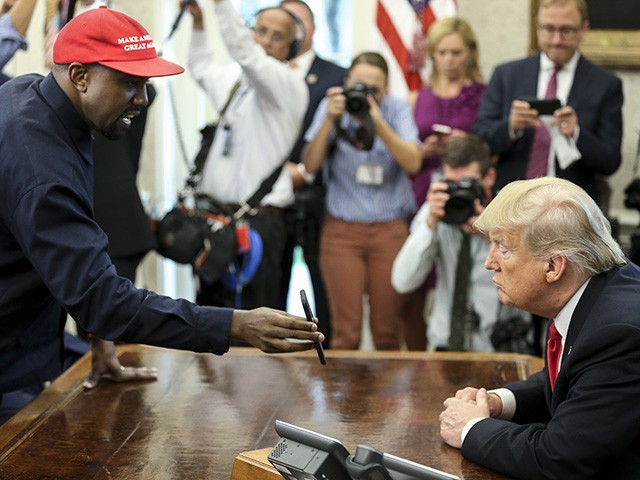 That sentiment was echoed by CNN’s chief media critic Brian Stelter, who repeated her descriptor of the meeting: “sad.”

Sad. @SECupp said it best about the Kanye-Trump meeting: “That was really sad. I think you had there a man who’s clearly not okay, and a president who’s willing to who’s willing to exploit that.” pic.twitter.com/JuadQFMxkH

Transcript is as follows:

DANA BASH: Kanye probably said it himself when he said ‘Trump is on his hero’s journey right now. He might not have thought he’d have a crazy mother-blanker like me.’ By the way, that’s something that he said at the oval office sitting at the Resolute Desk.

S.E. CUPP: Yeah, what a time to be alive. May we live in interesting times. Look, all jokes aside, I think that was really sad. I think you had there a man who’s clearly not okay and a president who’s willing to exploit that. Worse, to exploit that under the auspicious of race relations and black communities, joblessness, mental health, all these things that ended up in this bucket of issues that were sort of addressed in this free for all. I don’t know if anyone of them was well served by this circus. In many ways, they are the same person, right?

They are both very ego-driven and desperate for attention. They give it to one another. They are using each other for that end goal. I don’t have a problem with Kanye West being a fan of the president. I don’t have a problem with the president using celebrities to expose important issues. But, the problem is I don’t think any of that happened today because today was bonkers. It was crazy, it was off the rails. How could anything be accomplished in that kind of environment with that little seriousness paid to those very important issues?