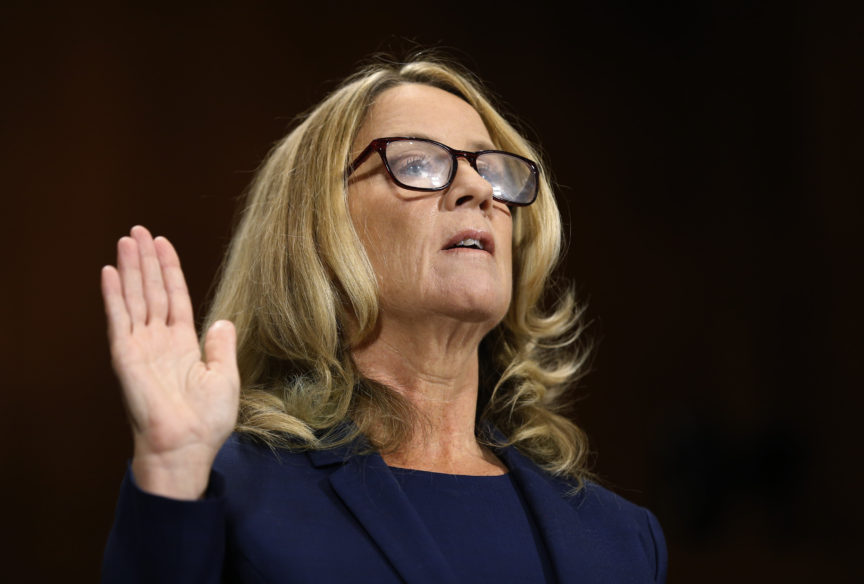 CNN, in its first-ever mention of the sworn letter potentially discrediting Brett Kavanaugh accuser Christine Blasey Ford, identifies the redacted author by name and offers a denial of the letter’s allegations from Ford’s long-time friend.

On Tuesday, Fox News first obtained a sworn statement to the Senate Judiciary Committee from a man who claimed to know Ford for roughly eight years in the 1990s, six of them as her romantic partner.

CNN, like several other left-leaning news outlets, posted no reporting about the potentially narrative-shifting letter on Tuesday. The network’s very first mention of the letter came in a piece by Geneva Sands and Josh Campbell Wednesday afternoon leading with a Ford friend and ally’s denial of the letter’s contents. Further down, CNN identifies the ex-boyfriend, whose identity had been kept redacted by Judiciary Committee staff, by name and attacks his credibility.

The letter, attested to under penalty of felony, calls into question key aspects of Ford’s narrative, including her supposed fear of flying, claustrophobia, and need to have multiple exits to the homes in which she lives. The letter claims that, in six years of dating, Ford never suffered from any of these things, nor did she ever mention Brett Kavanaugh or having been sexually assaulted.

Potentially the most consequential assertion contained in the ex-boyfriend’s letter, however, was that Ford had coached a close friend, Monica McLean, on how to take polygraph tests for her government security clearance investigation, using her training in psychology. McLean eventually became an FBI agent, and is now retired from that position.

The Republican majority’s Senate Judiciary Committee outside counsel during Ford’s testimony, Arizona sex crimes prosecutor Rachel Mitchell, asked Ford a series of strikingly specific questions about her history with polygraphs, including whether she had ever “given tips or advice to somebody looking to take a polygraph test.” Ford responded with a denial for each of these questions.

If the allegations in the letter are true, Ford may have perjured herself during the hearing set up on her behalf to let her air allegations that a 17-year-old Kavanaugh had forced himself on her and groped her over her clothes at a high school party somewhere around the summer of 1982.

McLean, the ex-FBI agent Ford is alleged to have coached for her polygraph, “is furious that her reputation is now being called into question by a ‘lie’ that has thrust her into the national spotlight,” according to CNN.

“I have never had anyone assist me with the preparation of any polygraph. Ever. Not my entry polygraph, not my 5-year reinvestigation polygraphs. Never. I am extremely angry he would make this up,” CNN quotes McLean.

Neither CNN nor McLean, whom Ford’s ex describes as Ford’s “life-long best friend,” dispute that the letter’s author dated Ford for the period he claims. CNN relies on the letter’s own claims that their relationship ended with Ford’s infidelity and commission of credit card fraud to say the author “made clear their relationship did not end amicably.”