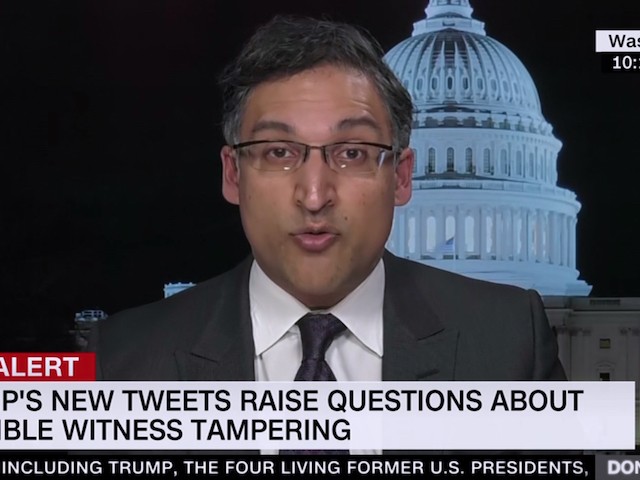 Monday on CNN’s “Tonight,” Georgetown professor Neal Katyal said President Donald Trump’s praise of Roger Stone for refusing to testify was a betrayal of the Constitution and the rule of law.

He added, “So, you know, what the president did today is he said, you know, people like Cohen should get the book thrown at them, they’re liars and so on but people like Roger Stone, who don’t cooperate, well, those are the good guys. Those are the tough guys. We all know what’s going on; there’s the prospect of a pardon being dangled out. For anyone to do that to offer inducements or winks and nods for not testifying, and to denigrate those who do cooperate, that type of pattern is something we call obstruction of justice, which we call witness tampering and the like. This isn’t done by any ordinary defendant. This is by the guy who swore on the Bible to uphold the Constitution of the United States and to take care that the laws be faithfully executed and Trump has betrayed that promise. That’s what we fight as Americans for. We bleed for the Constitution and the rule of law. What he did today is fundamentally in tension with it.”