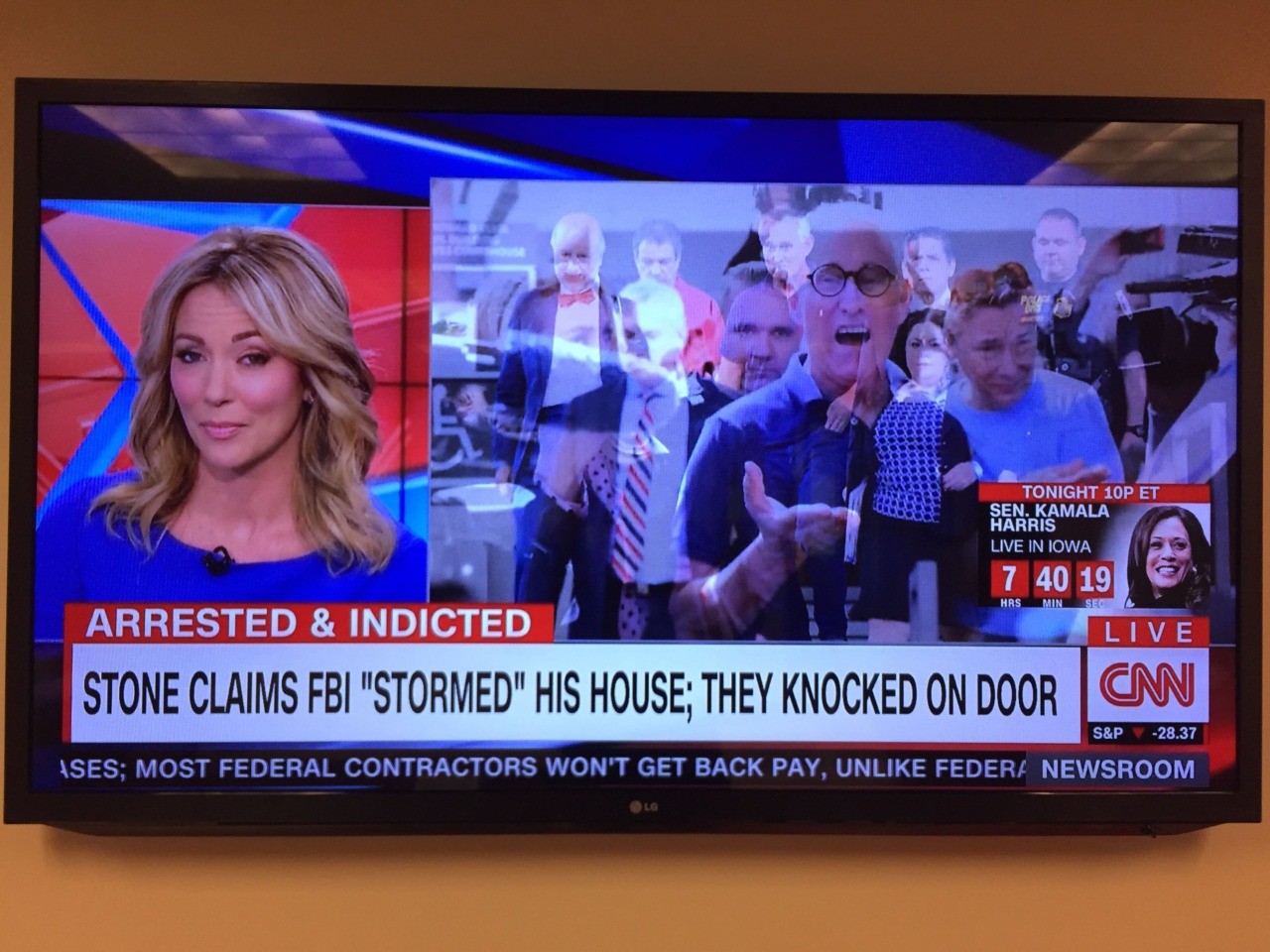 CNN, the network whose new motto is “facts first,” fact-checked Donald Trump’s former campaign associate, Roger Stone, on Monday when Stone claimed that the FBI stormed his home in Fort Lauderdale on Friday.

Stone alleged last Friday that 29 FBI agents had arrived in 17 vehicles, with lights flashing, to arrest him. He also claimed Monday that the FBI had used more force to arrest him than it had used “to take down Bin Laden or El Chapo.” He added: “It’s a raw abuse of power in the fact that a CNN reporter was allowed to film my arrest.” (CNN has denied that it was tipped off about the arrest and credited its scoop to clever observation of court proceedings.)

Brooke Baldwin, anchor of CNN’s Newsroom, mocked Stone’s claims. “The layup of fact-checks,” she said.”The FBI knocked on his door.”

About a dozen officers with heavy weapons and tactical vests fanned out across Stone’s lawn.

Law enforcement shined a flashlight into Stone’s front door before one officer rapped against it, shouting, “FBI. Open the door.”

A second-floor light turned on and moments later, Stone appeared in the front entryway. He confirmed who he was to law enforcement.

CNN legal analyst Paul Callan wrote on the network’s website, in an article titled, “Roger Stone must have made Mueller really angry,” that Special Counsel Robert Mueller had used “an FBI arrest team worthy of a Navy SEAL operation.”

In a dramatic predawn raid, FBI agents placed Roger Stone, the Republican king of darkness under arrest at his Florida home on charges related to the Robert Mueller investigation. The televised raid looked like one designed to apprehend a terrorist rather than the pajama-clad 66-year-old Trump campaign advisor renowned for his “dirty tricks” approach to presidential campaigns and the large Richard Nixon tattoo adorning his back. The aggressive raid suggests that it might be time to trade in the Nixon tattoo for a bullseye, especially given the ferocity of the arrest tactics employed by Mueller’s FBI agents.

The approach to this arrest makes clear that Roger Stone and possibly his attorneys have done something provocative enough to make the usually low profile and careful special prosecutor extraordinarily angry. Stone was not afforded the customary voluntary surrender option usually seen in white collar criminal cases. Most likely, the raid was intended to send a clear message to other witnesses and potential defendants …

Baldwin described Stone’s claim as “the lay-up of fact checks.” And indeed it was.