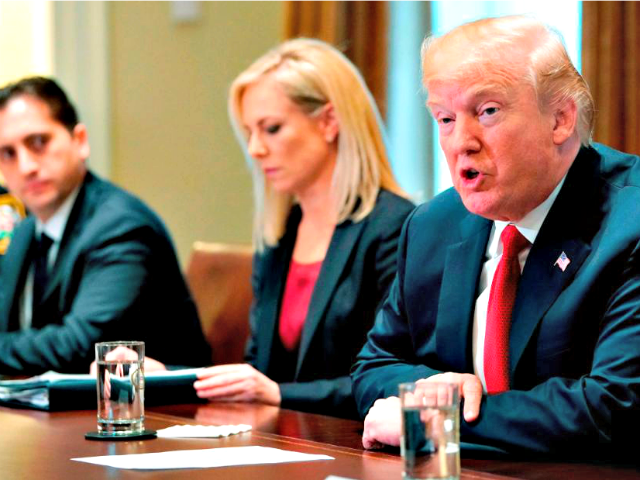 In CNN exit polls for the midterm elections, a majority of voters in swing states like Florida, Arizona, Nevada, and others said they support Trump’s immigration agenda, saying it is just right or does not go far enough to reduce immigration levels.

Trump’s immigration agenda includes reducing legal immigration levels — cutting the current inflow of about one million annual legal immigrants in half — to increase wages for American workers, building a wall along the U.S.-Mexico border, ending the Visa Lottery which randomly gives out 50,000 visas to foreign nationals every year, and ending birthright citizenship to stop the children of illegal aliens from being rewarded with U.S. citizenship.

In Florida, a majority of 54 percent of midterm election voters said Trump’s immigration agenda is “about right” or was “not tough enough.” In Arizona, the support for the Trump immigration platform is even higher, with 57 percent of midterm voters saying the agenda is “just right” or was “not tough enough.”

Nearly 60 percent in Ohio, nearly 50 percent in Wisconsin, and more than half of midterm voters in Nevada said they supported Trump’s immigration plan.

Despite having a vastly popular immigration platform, Trump has been unable to garner support from the Democrat and Republican political establishments. The president’s Department of Homeland Security (DHS) Secretary Kirstjen Nielsen has repeatedly failed to secure funding for a border wall, additional deportation agents, and adequate detention space to prevent illegal aliens from being released into the interior of the country.