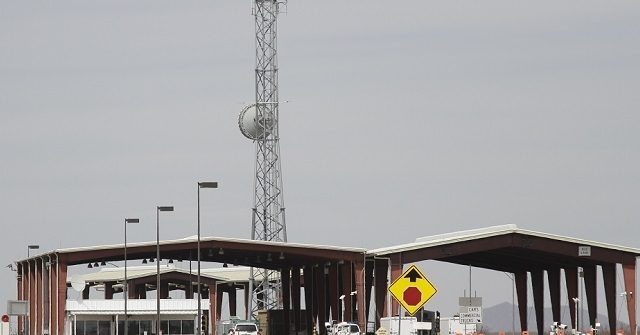 The massive numbers of families crossing the southwestern border continues to pull agents from their security missions to care for migrants. The vice president of the National Border Patrol Council recently told Fox News, “We’ve lost control of the border.”

“Our Border Patrol chief has mentioned that over 50 percent of our agents are not securing the border and they’re now actually processing, transporting, and caring for some of these asylum seekers,” U.S. Border Patrol Agent Hector Garza, in his role as vice-president of the National Border Patrol Council (NBPC), told Fox News’ Harris Faulkner. “But I would challenge that percentage. I would put that percentage somewhere in the range of 75 percent.”

“What we’re seeing is that we’re not securing the border,” he emphasized. “We’re not out there catching those drug dealers, or those drug smugglers, or human smugglers.”

A case in point — a New Mexico sheriff says the closure of interior immigration checkpoints by Border Patrol officials dealing with the increase in migrant crossings has created a “green light” for Mexican cartels.

“It’s a green light for the cartels when border checkpoints are down,” Otero County Sheriff David Black, 56, told the New York Post in an interview earlier this month. The sheriff said the closure of the checkpoints has forced him to reallocate his own department’s resources to fill in the gap.

“I’ve had to redeploy my guys,” the sheriff told the reporter. He said his deputies seized $60,000 in drugs during April. That represents a more than 1,600 percent increase over January when his deputies seized only $3,500 in drugs. The sheriff said the inland checkpoints usually do the job of finding these drugs that made their way illegally across the border and into the United States.

Border Patrol officials report the seizure of seven tons of marijuana and nearly a half ton of methamphetamine in the area, the Post reported.

Drug Enforcement Administration Special Agent in Charge Kyle Williamson said his agency is feeling the pressure from the closed checkpoints as well. “Are cartels capitalizing on the confusion at the border? Yes, they are!” he told the reporter from the Post.

In March, El Paso Sector Border Patrol officials announced they had been forced to close inland immigration checkpoints in order to move resources to the border where they experienced a massive influx of large groups of Central American migrants, Breitbart News reported.

In addition to drug seizures, the inland checkpoints also serve as a backstop for human smuggling activity. In the Laredo Sector, where officials are still able to operate interior checkpoints, agents apprehended 120 migrants who had been locked in the back end of a tractor-trailer rig at the Highway 83 checkpoint. A few days earlier, agents found 66 more migrants locked in a trailer at another inland checkpoint.

Otero County officials declared a state of emergency in April when Border Patrol officials began releasing thousands of migrants into their community due to overcrowding in the processing stations.

Couy Griffin, Otero County Board of Commissioners chairman, told the Post that the situation in his county is dire. He said he is concerned that terrorists may decide to exploit the current border situation in addition to the cartels. “We’ve got to secure our border, period,” the chairman told the reporter.

Griffin fired at what he called a New Mexico governor who is more interested in politics than the people of his county. “We have a governor who continues to claim that there is no crisis at the border,” he stated. He continued, saying that the Democrat Governor Michelle Lujan Grisham is “so interested in politics that she has lost touch with the people of this county.”

“Believe me,” Griffin concluded, “all of this is coming to a town near you, all over the country.”