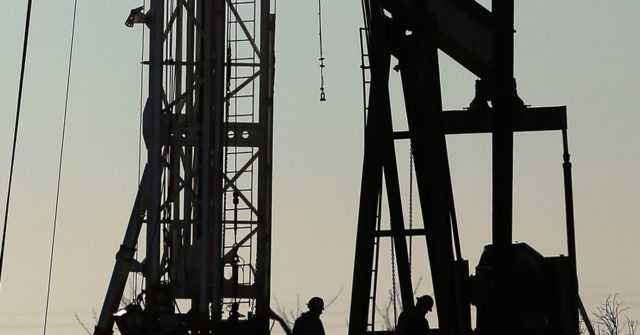 Despite the pressure from climate change activists in the federal government and the private sector to cut back on drilling for oil, the price for fossil fuels is the highest since 2014.

That means oil companies are reaping in profits as they meet the domestic and global demand for the product.

The price of oil per barrel is more than $88, up almost a dollar from last week, according to the federal Energy Information Administration.

“Petroleum remains the most-consumed fuel in the United States, as energy-related carbon dioxide emissions dip through 2035 before climbing in later years,” the Energy Outlook 2021 report states.

Oil companies rebounded strongly in 2021. On Jan. 28, Chevron posted $15.6 billion in annual earnings, its highest since 2014. On Feb. 1, ExxonMobil followed suit, also posting its best year since 2014. Companies have cut costs and repaid debts during the pandemic, but some analysts fear they could slip back into their old habits, with potential consequences for shareholders and climate change.

Chevron’s earnings report boasted all the stats shareholders are after: Capital spending cut in half from 2019, and free cash flow at a record $21.1 billion. The company boosted its dividend 6%, and spent $13 billion paying down debt. Although it plans to increase the number of wells operating in the US Permian basin by 50% in 2022, the company projects that total oil production will either stay flat or fall slightly as it allows drilling contracts in Indonesia and Thailand to expire.

Exxon paid down $20 billion in debt. It shaved $2 billion off annual operating costs through corporate restructuring (including thousands of layoffs) and is consolidating its refining and chemical businesses. It announced a plan to buy back $10 billion in shares, and sold off more than $3 billion in nonessential assets. Its share price has almost doubled from this time last year. But Exxon also announced big drilling expansion plans for 2022, saying it will boost capital spending up to 45 percent to $24 billion, which would be an increase from pre-pandemic levels.

The Quartz report states that the energy sector used to be the worst performer in the S&P 500 but in 2021 “energy was by far the best-performing sector in the S&P 500.”

The market was unimpressed by the release of 50 million barrels. https://t.co/guvhcczf5p

And the website highlighted oil and gas companies pandering to the climate change crowd.

“Spending on climate-related projects will also get a slight boost. Chevron’s New Energies division will have a budget of $10 billion through 2028, the company said, compared to $11.7 billion in 2021 alone,” the report said. “Exxon said it will spend about $1 billion in 2022 on low-carbon projects, compared to $24 billion on drilling.”