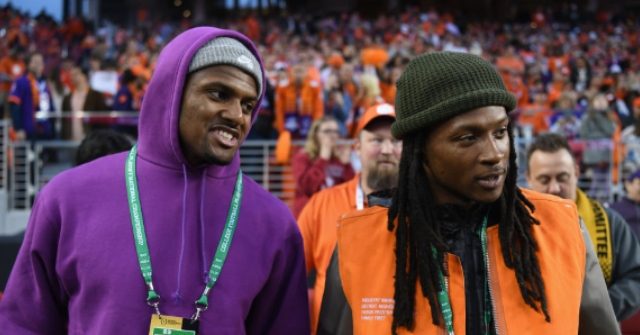 This week, Hopkins and Watson, both of whom are former Clemson football players, claimed to have felt “oppressed” while attending Clemson because of the school’s history with Calhoun.

Now the school has bowed to the demands and will formally disavow its connection to the Calhoun family and rename its facilities, according to the State newspaper.

“Board members have felt and feel that it is important to address this matter now rather than what until July due to the recent events happening across our country,” Clemson Board of Trustees Chairman E. Smyth McKissick said. “No one can watch what happened to George Floyd in Minneapolis and not be outraged. That terrible death and other incidents across our country reinforced that we all still have work to do, and that includes Clemson.”

While their announcement came after the football players aired their complaints, Clemson President Jim Clements insists that the move has been in the works for “several years.”

“I’m really proud of our Board of Trustees and the incredible leadership that they have shown,” Clements added. “Today, the board made a very clear statement about our values.”

John C. Calhoun was a strong voice in support of slavery before the Civil War. He was one of the most famous politicians of his day and was a powerhouse player on the national political scene for decades. Calhoun was a U.S. Congressman and Senator and served as Vice President under two presidents, John Quincy Adams, and Andrew Jackson.