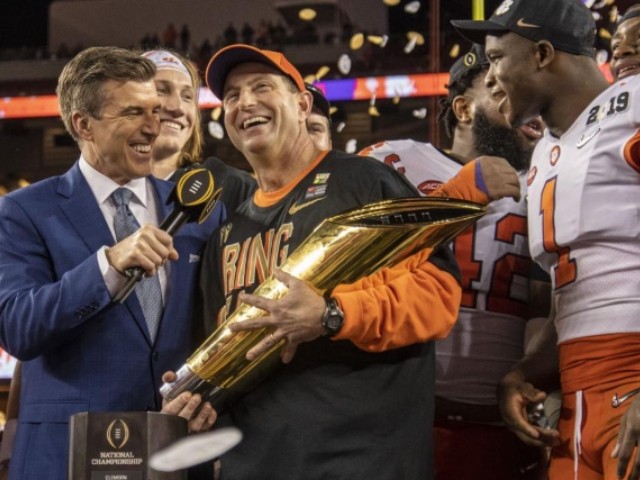 Feb. 8 (UPI) — The Clemson Board of Trustees approved $150,000 raises for two football assistant coaches Friday, pushing their salaries to $1 million.

Sources told ESPN and the Charleston Post and Courier that Tigers co-offensive coordinators Tony Elliott and Jeff Scott were the benefactors of the hefty raises.

The Tigers have won two of the last three College Football Playoff national championships, including a 44-16 thrashing of Alabama on Jan. 7 at Levi’s Stadium in Santa Clara, Calif.