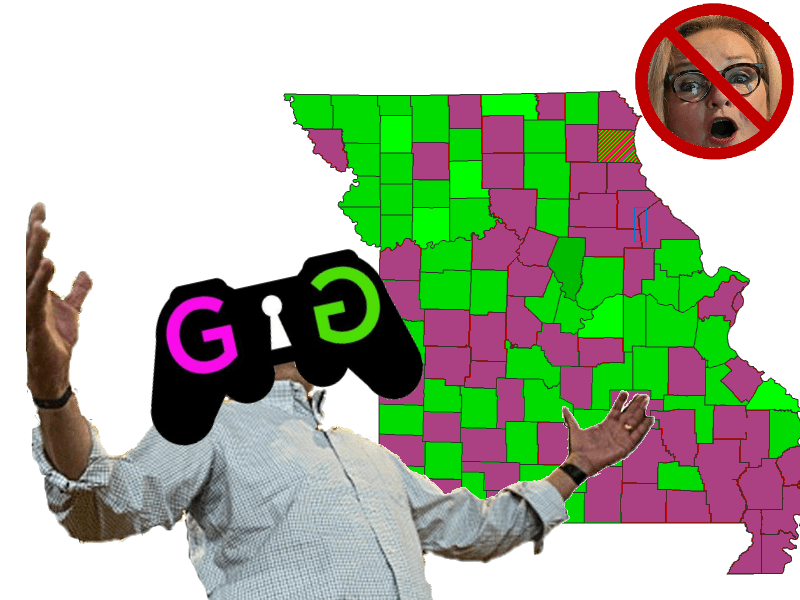 Here’s your feel-good story of the year.

In one of the overlooked details of the midterms, it turns out that prior to her crushing 6-point defeat (in an otherwise good year for Democrats), former Senator Claire McCaskill publicly mocked GamerGate, the movement against fake news and political correctness in the video games industry.

The two-term Democrat Senator lost her Missouri seat to Republican attorney general Josh Hawley. While Hawley is a vocal critic of big tech, he has not to my knowledge ever accused Dead or Alive Xtreme 3 of being sexist.

Obviously, it’s unclear if McCaskill’s attempt to taunt gamers was the decisive factor in her loss. Or any factor at all.

McCaskill made her comments in a 2015 skit for The Late Show With Steven Colbert, in which she placed “ethics in gaming journalism,” the chief complaint of GamerGate, on a list of things that men should “shut the hell up” about.”

Hello. I’m Senator Claire McCaskill. As one of just 20 women currently serving in the Senate, it’s important to me to encourage more women to run for office. But equally important is encouraging more men to sometimes just shut the hell up. It’s not that women don’t value your thoughts, it’s just that we don’t value all of them. The world doesn’t need your opinion on everything. For example, what women do with their bodies – hush! Who the next James Bond should be – zip it! Whether it’s pronounced ‘gif’ or ‘jif’ – shut up!

So as a public service, I made the following list of things women no longer need to hear men’s opinions on. Please take a moment to jot these down. Star Wars, pantsuits, selfies, Shonda Rhimes, curtains, carbs, millennials, body hair removal, religion, gluten, Harry Potter, nut allergies, Star Wars again, all art in general, whether or not to brine the thanksgiving turkey, and ethics in gaming journalism. If you can control yourselves and hold yourselves back from further expressing your opinions on any of these topics, we’ll let you keep weighing in on marijuana legalization. But that’s a huge, big ‘if.’ Thanks so much.