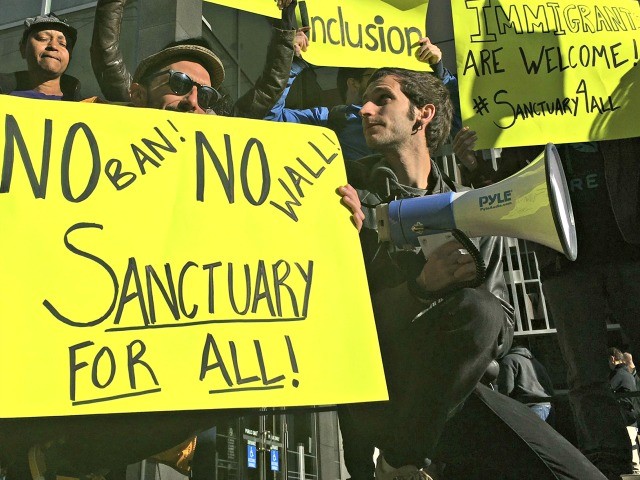 The council unanimously passed the resolution in a 12-0 vote, formally declaring Los Angeles “a city of sanctuary” for those residing in the U.S. illegally “who have been under attack in this Trump era,” CBS Los Angeles reported.

“We declare, for all those who have been under attack in this Trump era, that this city, in this day, in this time, will be a city of sanctuary,” City Councilman Gil Cedillo said. “It will be a place where people will know that they will be judged by the content of their character and not by the color of their skin, and not by who they choose to love, and not by when they got here. They will be judged by their contributions to our city.”

The council’s non-binding resolution was more of a symbolic gesture, as it does not change the city’s laws.

But the resolution did allow the city to create a commission tasked with investigating civil rights violations and imposing a $125,000 to $250,000 fine on those who commit acts of violence or harassment.

Friday’s resolution made Los Angeles’s sanctuary city status official, but the Los Angeles Police Department has had longstanding sanctuary policies on the books.

Officers have been told not to arrest individuals just because they entered the U.S. illegally and bar federal immigration authorities from access to county jails without a federal warrant.

When President Trump announced that year that the federal government would withhold federal funding from cities that did not enforce federal laws on illegal immigration, Garcetti defended Los Angeles’s position as a sanctuary city.