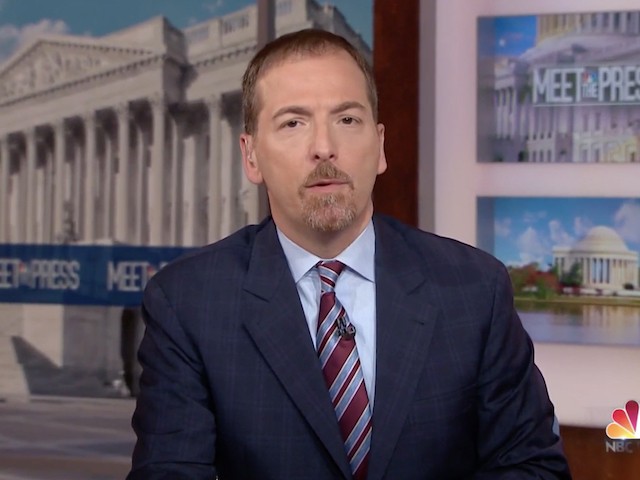 Thursday, during an appearance on Hugh Hewitt’s nationally syndicated radio show, NBC’s “Meet the Press” moderator Chuck Todd insisted that no matter who was moderating the presidential debate earlier this week, the result would have been the same, and he blamed President Donald Trump.

Todd told host Hugh Hewitt it was a “perception” created by Trump that the media were against him.

“The president creates an environment because he wants people to think everybody is against him,” he said. “I just don’t accept that form of it anymore. I understand there’s a perception, but it is a perception that isn’t fact. That’s where I get my back up about this a little bit. It’s a campaign tactic. You know it, and a lot of people listening know it. Bashing media and assuming bias is nothing more than a campaign tactic these days. There certainly is some. There is an entire channel devoted to biased news.”

Hewitt argued had the moderator been NBC News’ Lester Holt, who Hewitt insists was more likely to have earned the trust of both Biden and Trump, the debate may have turned out different.

“I think whoever moderates, the president would just make the accusation they’re against him,” Todd continued. “He says all media are against him. This is WWE stuff. One thing to remind people about the president is he views it all as like he’s Vince McMahon. He views all the interactions with the media as Vince McMahon — you know, ‘Mean’ Gene [Okerlund] — he said it to me … but some of the people receive it a lot more serious.”