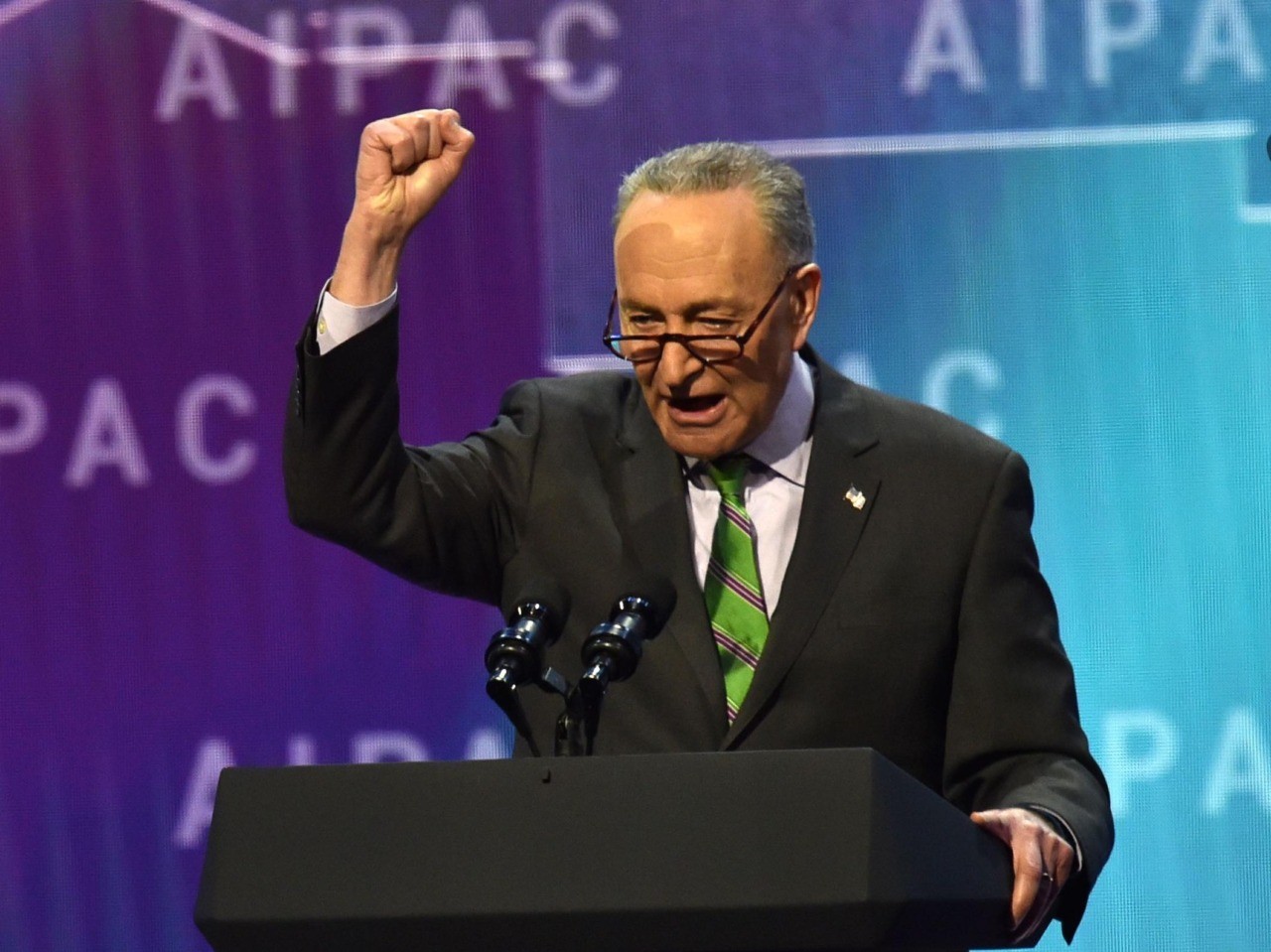 Sen. Chuck Schumer (D-NY), who likes to refer to himself as the “guardian” of Israel, is whipping against a pro-Israel bill in the U.S. Senate — as a protest against the ongoing partial government shutdown.

Schumer, leader of the minority party, is trying to pressure fellow Democrats to join a filibuster that will prevent Senate Bill 1 from coming up for a vote.

The bill, sponsored by Sen. Marco Rubio (R-FL) with bipartisan support, deals with national security in the Middle East and helps states act against the anti-Israel “boycott, divestment, sanctions” (BDS) movement. Some critics of BDS call the movement antisemitic, because it only targets the Jewish state.

Several states — including Democrat-governed ones — already have anti-BDS legislation on the books that prevents their governments from doing business with companies that join BDS.

But Schumer — who was among 15 Democrats who joined Rubio in co-sponsoring the bill — is trying to block it.

The Senate late Tuesday will hold a procedural vote on a bill that supports Israel by allowing state and local governments to divest from entities that boycott, divest from, or sanction Israel because of its occupation of the West Bank.

But Schumer, D-N.Y., and Sen. Ben Cardin, D-Md., a top Democrat on the Foreign Relations Committee, will vote Tuesday against moving to debate the BDS bill, even though they cosponsored the bill when was introduced in 2017.

Democrats say said their “no” votes are a response to the current partial government shutdown. They instead want Senate Majority Leader Mitch McConnell, R-Ky., to take up spending legislation passed by the House last week that would reopen nine agencies and departments that have been closed since Dec. 23.

“Schumer has notified the Democratic caucus that he will vote against proceeding to S.1 because Senate Republicans should instead bring to the floor the House-passed bills to reopen the government,” a senior Democratic aide told the Washington Examiner.

To achieve the 60-vote filibuster threshold, Schumer will need at least seven Democrats to defect from supporting the bill.

Schumer often claims — particularly before Jewish audiences — that he is Israel’s “guardian” in Washington. He points to his last name, which is close to the Hebrew word “shomer,” which means “guardian” or “keeper.”

In 2010, he told a Jewish radio program: “My ancestors were guardians of the ghetto wall in Chortkov and I believe Hashem [God, lit. ‘The Name’], actually, gave me the name as one of my roles that is very important in the United States Senate, to be a shomer for Israel, and I will continue to be that with every bone in my body.”

He has repeated that claim since.

Yet Schumer failed to whip fellow Democrats to opposed President Barack Obama’s nuclear deal with Iran — even though he himself knew it was fatally flawed.

Now, he is urging fellow Democrats to put politics ahead of support for America’s strongest ally.

Rubio defended the bill from charges the left that it violates freedom of speech and association — causes that, curiously, they refuse to defend in other contexts:

This is a lie.

My bill doesn’t punish any political activity. It protects the right of local & state govts that decide to no longer do business with those who boycott #Israel.

So boycotting #Israel is a constitutional right,but boycotting those participating in #BDS isn’t? https://t.co/kY9MSmBkkh

Rubio added that Democrats want to avoid exposing how many of their members actually support BDS.

One of the most prominent supporters of BDS is newly-installed Rep. Rashida Tlaib (D-MI), who told supporters on her first day in office that “we’re gonna impeach the motherf**ker,” and used an antisemitic tweet on Sunday to attack supporters of Rubio’s legislation.