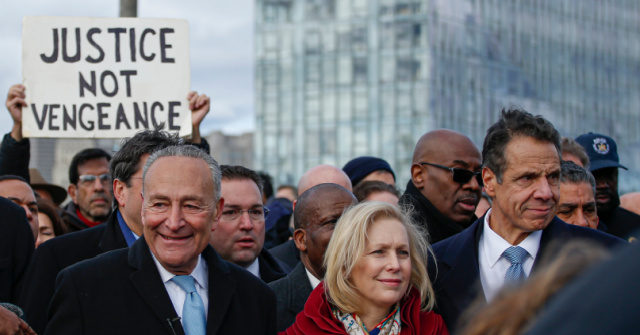 Senate Majority Leader Chuck Schumer (D-NY) on Tuesday once again called on New York Gov. Andrew Cuomo to resign as the governor faces duelling scandals over his handling of data on nursing home deaths and allegations of sexual harassment brought forth by multiple women, including former staff members.

Pressed by ⁦@mkraju⁩, ⁦@SenSchumer⁩ makes it clear he believes the scandals around Gov Andrew Cuomo are a distraction that makes it difficult for Cuomo to govern.
“He’s lost the confidence of his governing partners & many New Yorkers and he should step down.” pic.twitter.com/wbqMcun9w4

REPORTER: On Friday you called on Cuomo to resign, but earlier in the day you had not reached that point. What changed for you in those several hours to reach that conclusion?

SEN. CHUCK SCHUMER: As I’ve said, New York state, under this COVID crisis, need safe, secure, and strong leadership. The women have come forward and I’m proud they have. They made some serious allegations and they should be listened to. Because of these allegations, the governor has lost the confidence of his governing partners and many New Yorkers, and he should step down.