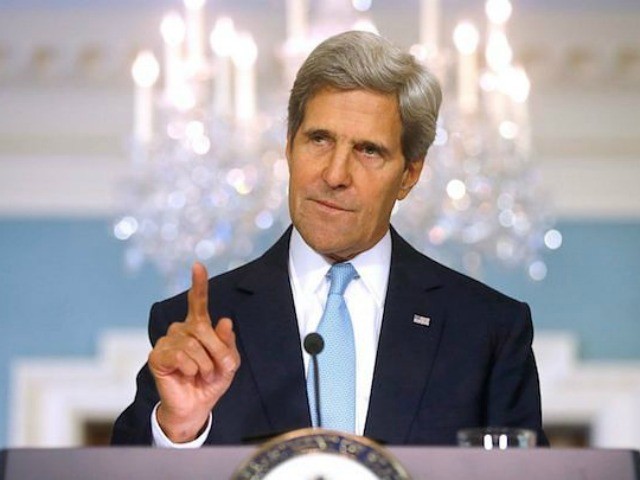 Grassley is seeking additional information from the State Department since the former Secretary of State recently disclosed millions in income from major energy firms and corporate financial institutions.

Grassley cites the recent Axios report claiming Kerry had disclosed millions of dollars in income from finance and energy firms along with his recently liquidated huge stock portfolio in his latest financial filing, including a $5 million salary from Bank of America.

The Iowa Senator said the Axios report “indicate[s] that Mr. Kerry has signed an ethics pledge barring him from participating in specific policy matters that would create a conflict with his former clients and employers.”

“However, it’s unclear exactly what matters Mr. Kerry has been barred from working on and whether he has received any waivers for specific matters that he would otherwise be recused from,” Grassley continued.

Grassley said in order to have “the operation of good government,” it is required to adhere to ethical rules faithfully.” In order to determine if Kerry has a conflict and has taken the necessary measures to recuse himself from information pertaining to former clients and employers, Grassley is requesting the additional documents to see for himself.

The Senator asked for answers to the following questions by “no later than May 17, 2021:”

Fox News reported that the State Department, where Kerry currently works, delayed his financial disclosure forms for weeks before releasing reports to the public. According to Fox, the news organization made a total of five requests to obtain the documents before they were finally released.

The State Department told Axios that Kerry “has divested assets that could pose a conflict of interest, and signed an ethics pledge barring him from participating in specific policymaking decisions that could affect his former clients and employers.”

As the envoy in charge of the United States’ energy and environmental policy, he has maintained a reasonably substantial amount of influence over these sectors. In his years between serving in the Obama and Biden administrations, Kerry “advised a number of firms in the space,” according to the report.

Axios listed some of the envoy’s “millions of dollars in salary” received while being a consultant, as well as honoraria, according to the records.

Kerry is one of the wealthiest members of the Biden administration. Breitbart News previously reported on other Biden officials who served in the Obama White House and made millions of dollars when they returned to the private sector.