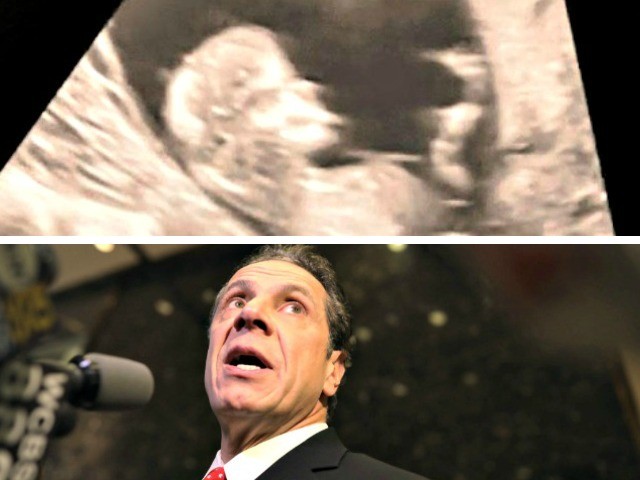 Global Christian ministry Focus on the Family will respond to extreme abortion legislation in New York and other states by blasting live ultrasounds on monitors and screens throughout Times Square in New York City.

“We’ll have great speakers,” Focus on the Family President Jim Daly told Christian Broadcast News’s (CBN) Faith Nation about the event planned for May 4. “We’re going to have music, but we’re also going to do a live ultrasound of a third-trimester baby.”

“And with the 4-D technology that we have, it looks like a one-year-old’s picture,” Daly added, reported CBN News. “There is no way a person is going to be able to say, ‘That is not a child.’ It is a child and we want everybody to see it.”

In a bold move, Focus on the Family is gearing up to blast live ultrasounds on monitors and screens across New York’s Times Square. https://t.co/G0tsRnm1fk@FocusFamily

Daly and his organization are making a specific point of calling out New York– where Democrat Gov. Andrew Cuomo has signed a bill into law that makes abortion until moments before birth a fundamental right. Similarly, other states, such as Virginia, Vermont, Rhode Island, New Mexico, and Illinois, are weighing similar legislation as they equate ending the life of a fully-formed unborn baby with “health care.”

“I think what’s happened in New York and Virginia has prompted a response,” Daly said. “These politicians that have overreached, in our opinion, when it comes to reshaping the abortion debate.”

Gov Northam Refuses To Disavow Abortion Comments: “I Don’t Have Any Regrets”https://t.co/5TWKhqTUIE pic.twitter.com/jDZn99uwsu

Daly observed the firestorm created by Democrat Gov. Ralph Northam of Virginia when he said he did not regret his comments during a WTOP-FM interview about the legislation introduced in his state by Democrat Delegate Kathy Tran.

Northam spoke about the case of a woman requesting an abortion as she is about to give birth:

Daly told CBN News the legislation and the governor’s comments amounted to a promotion of infanticide.

“Once a baby is born, if it’s not viable outside the womb or if it’s severely handicapped, they’re going to let the baby sit on a table and then the mother and physician decide whether or not to let that baby live – that’s not the country we live in,” he asserted. “And that’s not the law of the land, actually.”

Daly said the choice of Times Square as the venue to present the live ultrasounds was made because the location is “the epicenter of everything.”

“I think if you talk to anyone in Manhattan, Times Square is where it all happens,” he said. “We’re not shy about going there and saying to Gov. Cuomo and others, ‘Let’s look. This isn’t adversarial. Let’s just take a position. Let’s see what an ultrasound looks like.’”

Daly said he wants Cuomo and others to see what a third-trimester baby looks like.

“These children are viable outside the womb,” he said. “These children are already fully human, and … to do it in such a way that we can all peer into the womb and see what that child looks like, developmentally and every other way – what an awesome sight to see and these politicians will have to defend their position.”

A new poll released by the pro-life Susan B. Anthony List (SBA List) finds 77 percent of voters support legislation to ensure a baby who survives a failed abortion is given the same medical treatment as any other baby born prematurely at the same age – including 86 percent of Republicans, 70 percent of Democrats, and 75 percent of Independents.

Daly then addressed Christians, warning them that America is on the cusp of turning into ancient Rome when it comes to abortion.

“There’s nothing new under the sun,” he said. “This is ancient Rome once again, and Christians were known for saving babies who were thrown out in the garbage heaps to die. That was their (Rome’s) form of infanticide.”

“So, this isn’t anything new, but it was the Christians who stood up and said, ‘No. Everyone human is made in God’s image and we can’t destroy innocent human beings,’” Daly added.