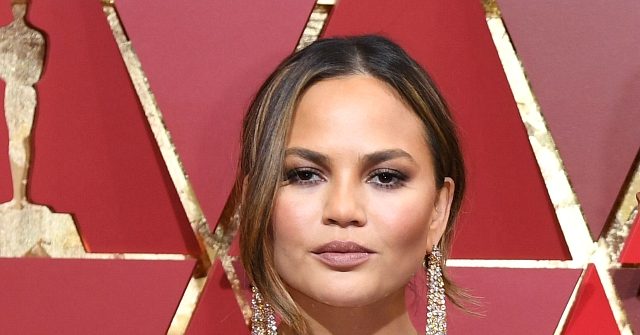 Far-left activist and model Chrissy Teigen announced her intention on Saturday to donate $200,000 for the bailing out protesters, as rioters inflict widespread chaos and destruction across America

Teigen originally said she would donate $100,000 “in celebration” of  President Donald Trump suggesting that Saturday evening could be “MAGA night” at the White House amid nationwide riots sparked in response to the police involved death George Floyd.

“In celebration of whatever the fuck maga night is, I am committed to donating $100,000 to the bailouts of protestors across the country,” Chrissy Teigen said on Saturday.

In celebration of whatever the fuck maga night is, I am committed to donating $100,000 to the bail outs of protestors across the country.

The professionally managed so-called “protesters” at the White House had little to do with the memory of George Floyd. They were just there to cause trouble. The @SecretService handled them easily. Tonight, I understand, is MAGA NIGHT AT THE WHITE HOUSE???

When someone pointed out that the protesters are “rioters and criminals,” Teigen pledged to double her donation.

The 34-year-old — who is best known for being the foul-mouthed wife of Grammy-winning singer and ardent left-wing activist John Legend — does not appear to understand that she is giving money, in many cases, to individuals responsible for wreaking havoc and destruction across American towns and cities, and in many cases against black-owned business and communities.

There have also been countless acts of violence against innocent citizens and police, including some fatalities, although the number of those killed or injured is currently unclear.

Teigen is far from the only celebrity to pledge money in support of the shocking acts of terrorism currently taking place around America. Hollywood figures including Steve Carell, Seth Rogen, Don Cheadle, and Patton Oswalt others have already announced significant donations to the Minnesota Freedom Fund, a nonprofit group raising money used to bail out protesters