Actor Chris Pratt defended his church and his Christian faith after actress Ellen Page called his place of worship an “infamously anti-LGBTQ church.”

“It has recently been suggested that i belong to a church which ‘hates a certain group of people’ and is ‘infamously anti-LGBTQ.’ Nothing could be further from the truth,” Chris Pratt said in a lengthy Instagram post. “I go to a church that opens their doors to absolutely everyone.”

Referencing his recent divorce from actress Anna Faris, Pratt said his church, Los Angeles’ Zoe Church, didn’t shun him for ending his marriage but embraced and supported him. 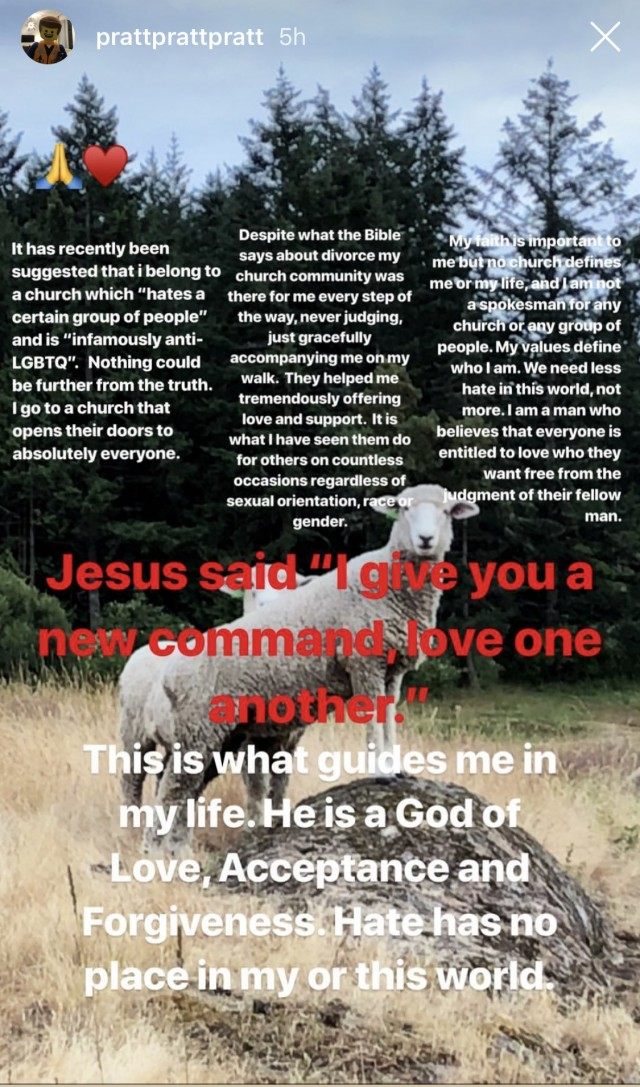 “Despite what the Bible says about divorce my church community was there for me every step of the way, never judging, just gracefully accompanying me on my walk,” the Jurassic Park star said. “They helped me tremendously offering love and support. It is what I have seen them do for others on countless occasions regardless of sexual orientation, race or gender.”

Ellen Page lashed out at Pratt last week after the star explained how he committed to the biblically based “Daniel Fast” on the Late Show last Thursday.

“Oh. K. Um. But his church is infamously anti lgbtq so maybe address that too?” said Ellen Page, who is openly gay and married to Canadian dancer Emma Portner.

Pratt also made it clear that while his faith is the center of his life, his church doesn’t define who he is.

“My faith is important to me but no church defines me or my life, and I am not a spokesman for any church or any group of people,” Pratt wrote. “My values define who I am.”