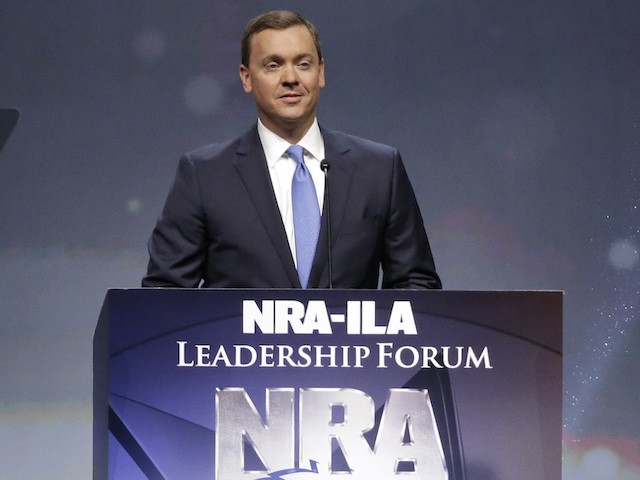 NRA-ILA executive director Chris Cox  is demanding Phil Bredesen “stop lying” and admit his NRA rating is a D not an A.

Bredesen is the Democrat running for Senate in the state of Tennessee.

On September 19, Bredesen posted a video to Twitter in which he is seen holding a shotgun and can be heard talking about the A rating he had from the NRA while Governor of Tennessee.

Bredesen was elected governor in 2002, and Chris Cox responded to Bredesen’s video by pointing out that this is 2018, not 2002. Moreover, regardless of Bredesen’s rating then, his rating now is a D.

Cox wrote pointedly, “Its 2018, you have earned a D rating for turning your back on self-defense and supporting the Hillary/Schumer/Bloomberg gun control agenda.”

Cox then urged Tennesseans to vote for Marsha Blackburn (R) for Senate and demanded that Bredesen “stop lying.”

@PhilBredesen It’s not 2002, you’re not governor and you’re not A-rated by the NRA. Its 2018, you have earned a D rating for turning your back on self-defense and supporting the Hillary/Schumer/Bloomberg gun control agenda. @VoteMarsha is a 2A champion. You’re not. #stoplying pic.twitter.com/Wi0ORRmQTv