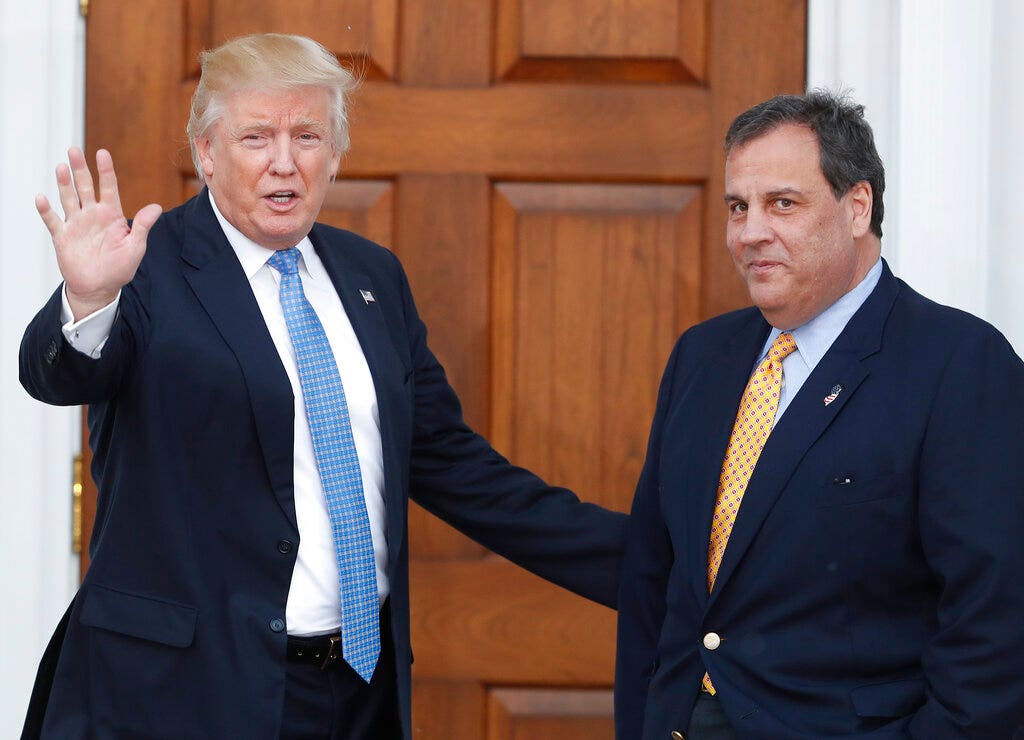 Christie made the comments during an appearance on ABC’s “This Week.” Asked by host George Stephanopoulos whether it was time for Trump’s legal fight to end and enable a transition, Christie, a longtime supporter of the president, said: “Yes.”

“The president has had the opportunity to access the courts … if you’ve got the evidence of fraud, present it,” Christie said. “The legal team has been a national embarrassment.”

He criticized former federal prosecutor and Trump attorney Sidney Powell for accusing Georgia Gov. Brian Kemp of a “crime,” yet being unwilling to go on national television to “lay out the evidence she supposedly has.”

Trump’s allegations of massive voting fraud have been dismissed by a succession of judges and refuted by state election officials and an arm of his own administration’s Homeland Security Department. Many of his campaign’s lawsuits have been thrown out of court.

Christie noted that he has been a longtime supporter of the president, having voted for him twice, but “elections have consequences.”

“We cannot continue to act as if something happened here that didn’t happen. You have an obligation to present the evidence,” Chris said. “The evidence has not been presented. And you must conclude – as Tucker Carlson even concluded the other night – that if you’re unwilling to come forward and present the evidence, it must mean the evidence doesn’t exist.”

“I think you’ve heard lots of Republicans starting to say this. I said it on election night. And I hope more say it going forward, because the country is what has to matter the most,” Christie said. “As much as I’m a strong Republican – I love my party – it’s the country that has to come first.”