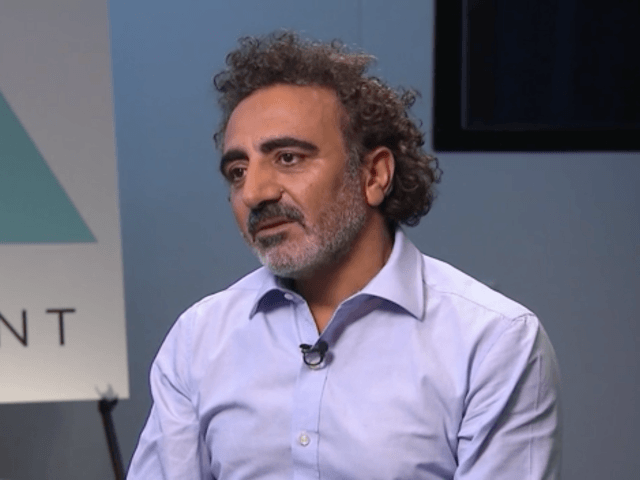 The CEO of yogurt corporation Chobani is pleading with more corporations across the United States to hire and aid foreign refugees, saying U.S. immigration policy should be “humanity first.”

In an interview with CNN, Chobani CEO Hamdi Ulukaya said the U.S. should have an immigration policy centered around “humanity” and whether or not corporations need immigrant labor.

“I have nothing against America first, but ‘humanity first too,’” Ulukaya told CNN.

“[Foreign workers] ask, ‘What’s gonna happen to me, will I be able to see my mother, or if they’re gonna come and visit me?’” Ulukaya said. “Or if you talk to farmers in Iowa, they will say, ‘Will I be able to find workers?’”

Ulukaya gave the interview to CNN in order to promote his organization, the Tent Foundation, which recruits multinational corporations to aid and hire foreign refugees.

Ulukaya, who immigrated to the U.S. in the 1990’s, said he hopes “the idea of magic land doesn’t get damaged” by President Trump’s “America First” agenda.

Chobani—like other corporations in the meatpacking and dairy industry—profits from mass immigration to the country, as the vast majority arriving in the U.S. are low-skilled immigrants looking for low-wage jobs.

Trump has most recently kept his promise in greatly reducing the inflow of refugees to the U.S. — which already admits more than one million legal immigrants every year. As Breitbart News reported, has enacted the largest reduction to refugee resettlement in the U.S. in nearly four decades.

Under President Bush and Obama, the U.S. was readily accepting more than and close to 100,000 refugees on average every year. Trump has reduced that total to accept just more than 22,000 refugees in 2017 and shifting the refugee inflow away from Muslim migrants towards Christians fleeing persecution.

Meanwhile, more than 60 House Democrats are seeking to import five times the number of refugees arriving in the U.S., calling for a refugee cap to be set at 110,000 refugees a year.