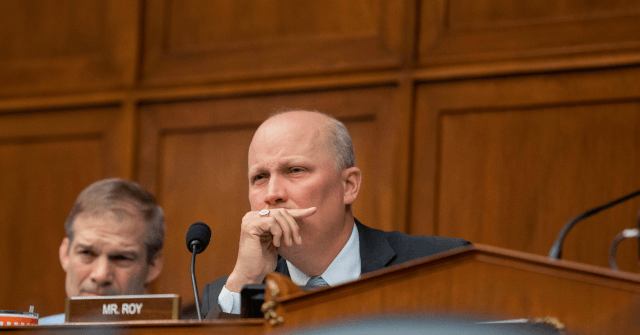 The Senate passed a $19.1 billion disaster relief bill on Thursday to aid various states afflicted by hurricanes and other natural disasters throughout the last year. The Senate bill passed 85-8.

Rep. Roy, a member of the House Freedom Caucus, objected to a unanimous consent vote, which would allow the bill to pass without having every congressman vote on the bill itself.

“I’m here today primarily because if I do not object, Congress will have passed into law a bill that spends $19 billion of taxpayer money without members of Congress being present in our nation’s Capitol to vote on it,” Roy said on the House floor.

The Texas conservative contended that the bill does nothing to address the other humanitarian crisis–the massive influx of illegal immigrants and asylum seekers on America’s southern border.

“Secondly, it’s a bill that includes nothing to address the clear national emergency and humanitarian crisis we have at our southern border,” Roy said.

Catch and Release data obtained and reported on by Breitbart News’ John Binder found that between May 14 and May 21, the Department of Homeland Security (DHS) released about 7,900 border crossers and illegal aliens into the interior of the United States. In the last five months, DHS has released approximately 185,000 borders crossers and illegal immigrants into the U.S.

Sen. Richard Shelby (R-AL), the chairman of the Senate Appropriations Committee, said Thursday that they would try to address the border security and humanitarian crisis funding in a separate bill. Shelby and Sen. David Perdue (R-GA) announced that President Donald Trump agreed to this strategy.

“I’m sure he wanted [the border security funding ], but we took it all out, we’re going to try and push that separately when we come back as needed,” Shelby said of Trump, “but we’re sticking with disaster now, that’s the way to pass the bill.”