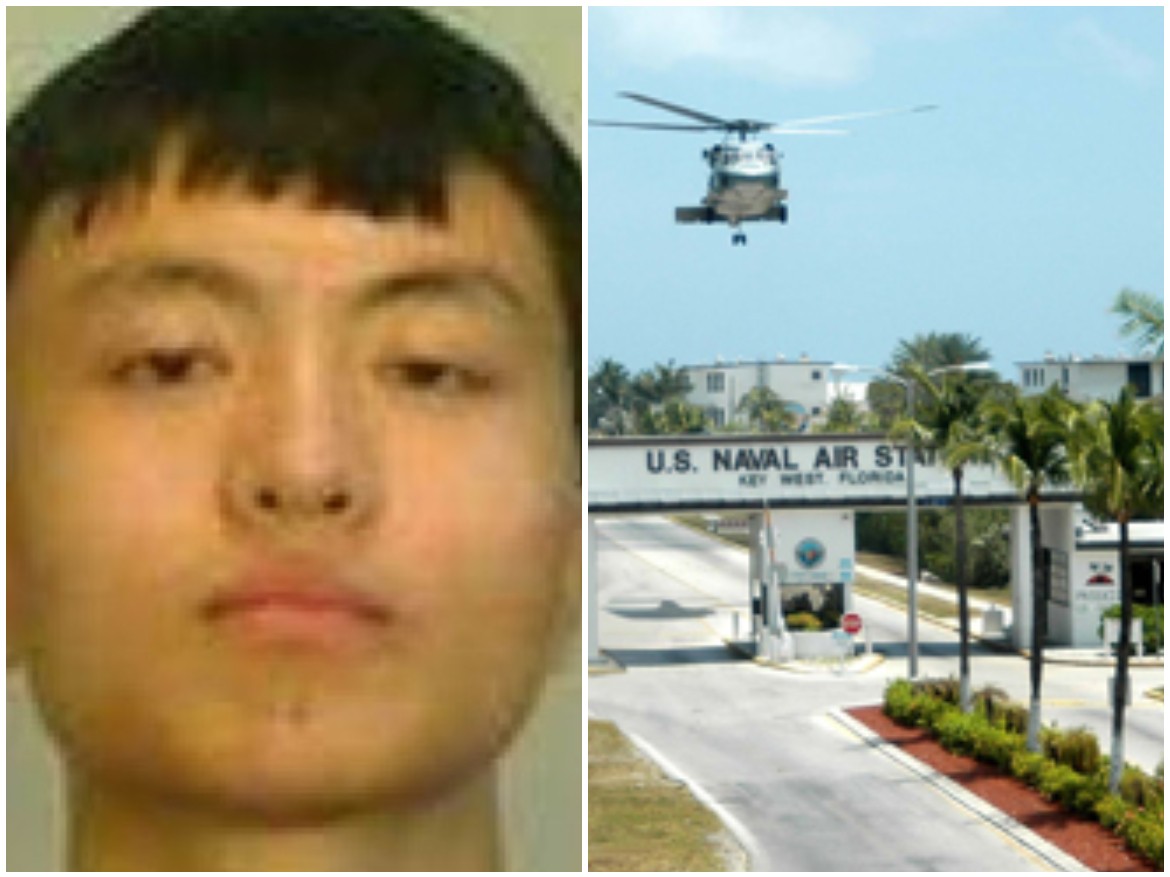 Zhao Qianli, 21, was sentenced on Tuesday to a year in federal prison for taking photographs of sensitive parts of the Naval Air Station in Key West, Florida. He was an exchange student from the North University of China studying musicology in the United States at the time of his arrest.

Zhao was arrested on September 26 by Key West police for trespassing on the military base. He told the police he was a “dishwasher from New Jersey” who got lost and wandered into the restricted area.

Zhao was originally sentenced to 60 days in jail by a local court, but the federal government filed charges against him in December. The FBI cited witnesses who said he was seen walking the secure fence line of the Joint Interagency Task Force South at Naval Air Station Key West on the afternoon of September 26 and then crossing the fence to enter the facility from nearby Fort Zachary Taylor State Park. The task force in question patrols the waters around Key West for drug smugglers.

Naval Air Station officials pointed out the fence line is very clearly marked as a restricted area and identified as a military installation. The fence is not a terribly formidable obstacle, but it is protected by abundant surveillance equipment, which is how Zhao was caught.

The FBI determined that Zhao entered the United States legally,but his visa expired a week before he was arrested. Investigators pointed out during his trial that his cell phone and camera contained no photographs of the many popular tourist attractions in Key West when they were seized; they were filled with nothing but photographs of the military base and its hardware. One of the counts against him stated that he also made sketches of the Naval Air Station.