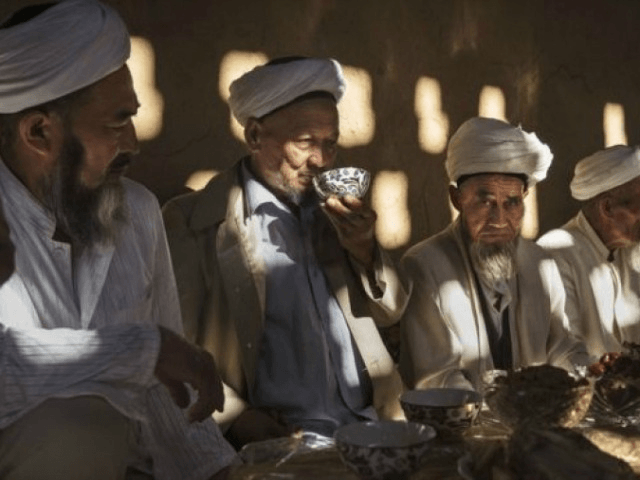 The Chinese state-owned Global Times suggested this week that the internment camps established by Beijing to torture, harass, and imprison hundreds of thousands of members of the Asian country’s Uighur Muslim actually encourage “interfaith harmony.”

Citing the CPC-affiliated Qiushi Journal, the Global Times argued on Wednesday that the internment camps, also known as re-education centers, are trying to preserve the “interfaith harmony” that “has been the mainstream between different religions” in the Muslim Uighur (or Uyghur)-majority Xinjiang region, the largest province in China.

A commentary published in the Qiushi Journal, which is affiliated to the CPC Central Committee, on Monday said multiple regions and ethnic groups have co-existed in Xinjiang’s history, with one or two major religions, but others existed simultaneously…However, “three forces” have come and denied the situation, insisting that the Uyghur people only should believe in Islam, not other religions, the article said.

Beijing has registered many of the re-education camps as “career development centers” to avoid backlash, according to the State Department.

Jihadis based in Xinjiang, which borders war-ravaged Afghanistan and Pakistan-controlled Kashmir, have carried out attacks inside of China.

Many human rights groups have accused Beijing of employing oppressive tactics against Uighur Muslims under the guise of counterterrorism efforts.

In May, the U.S. State Department acknowledged that Beijing has forced “hundreds of thousands” of Muslims, and to a lesser extent Christians, into the internment camps for practicing their faith outside of the control of the communist party.

China is subjecting faith-adherents to “transformation through re-education” inside camps where authorities force them to listen to propaganda, all intended to ensure the worshippers remain loyal to the Communist Party, the State Department revealed.