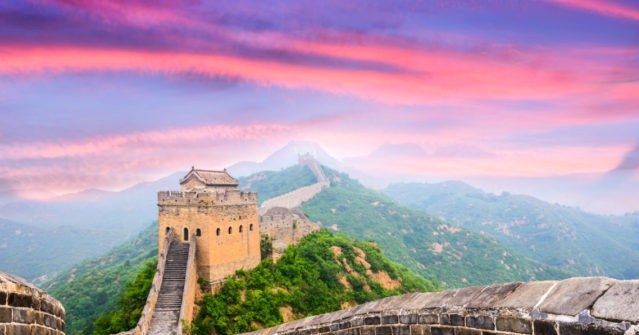 China appears to be growing more insistent that the Trump administration surrender to its demands that a so-called phase one trade deal include lifting of tariffs already in place.

Talks between the U.S. and China have stalled over conflicting demands between the two sides. The U.S. wants China to publicly pledge to buy a set dollar value of U.S. agricultural goods while China has resisted setting the level of purchases in advance. China wants the U.S. to immediately lift existing tariffs while the U.S. negotiators say a preliminary deal should only effect tariffs hikes scheduled to take effect later this month.

An article in the Global Times, which is the mouthpiece of China’s ruling communist party, indicated that no progress has been made in getting China to back off on its demand that the Trump administration surrender to its tariff-repeal demands.

From the Global Times:

“I think that it is not that hard,” Li Yong, deputy chair of the expert committee of the China Association of International Trade, told the Global Times on Sunday. “The trade war started with [the US’] tariffs, how can there be no tariff removal in a deal?” he said.

Removing existing tariffs is a top priority for China for the phase one deal. Sources with direct knowledge to the trade talks told the Global Times on Saturday that the US must remove existing tariffs, not planned tariffs, as part of the deal.

In a separate op-ed article published over the weekend, a former Chinese vice-minister of commerce and executive deputy director of the China Center for International Economic Exchanges wrote:

Rolling back tariffs levied by the US is a must. The China-US trade war instigated by the US with tariffs, so the tariffs have to be cut first. China does not want a trade war, but it is not afraid of one. If the US continues the trade war, China will fight back. No matter if the tariffs are lifted all at once or at separate stages, the US must roll back all tariffs if it is going to show sincerity.

Many Chinese officials believe that Trump wants to be able to announce a “win” on trade before the 2020 elections. Trump administration officials, however, say this is a misreading of the president’s motivations. Trump wants a good deal with China but remains unwilling to accept a weak or unenforceable deal even if it means that the trade dispute continues through next year’s election.