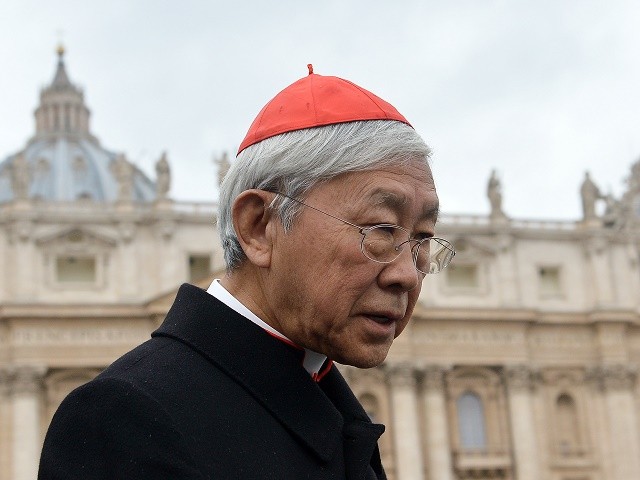 The South China Morning Post has attacked Cardinal Joseph Zen for his recent criticism of the Vatican-China deal on the appointment of bishops, saying the prelate preaches a “message of hate.”

In a stinging op-ed for the New York Times last Thursday titled, “The Pope Doesn’t Understand China,” Cardinal Zen — the retired bishop of Hong Kong — said that the new deal, which concedes an unspecified role in the naming of bishops to the Chinese Communist Party (CCP), will lead to the “annihilation” of the Church in China.

“Francis may have natural sympathy for Communists because for him, they are the persecuted,” Zen wrote. “He doesn’t know them as the persecutors they become once in power, like the Communists in China.”

Writing Friday for the South China Morning Post, which was purchased by the Alibaba Group in 2016, Alex Lo lashed out at Zen, declaring that the cardinal’s well-known opposition to communism “amounts to fanaticism.”

The retired Hong Kong Bishop Joseph Zen “loves the sound of his own voice more than the Catholic Church and the pope himself,” Mr. Lo stated in his piece titled, “Retired Hong Kong bishop preaches message of hate.”

“Zen doesn’t want to spread religion by peaceful or legal means,” he adds. “He prefers persecution and suffering for mainland Catholics, while he lives safely in Hong Kong broadcasting his virulent, hateful and demented views.”

In his piece in the New York Times, Cardinal Zen repeated his assertion that Pope Francis is naïve in dealing with Chinese communists, for whom he has a natural sympathy.

In his rebuttal, Mr. Lo claims that the cardinal does not know Chinese communism as well as he thinks he does.

“China has moved on since 1996” and is different than it was, he states.

In the four weeks since the Vatican-China deal was signed, Chinese authorities demolished two Catholic pilgrimage sites dedicated to the Virgin Mary as well as a number of Christian symbols.

AsiaNews, the official press agency of the Pontifical Institute for Foreign Missions, reported Thursday that the pace of destruction of Christian symbols has increased since the Vatican signed the agreement with China in late September.

Government officials forcibly removed a cross from a church in Zhumadian Diocese in Henan province on October 3; demolished the cross at Lingkun St. Michael Church of Yongqiang Parish in Zhejiang province on October 11; and removed two more crosses at Luoyang Catholic Church in Henan the following day, media reported Wednesday.

“Christians in China are bracing themselves for the worst clampdown since the Cultural Revolution,” said Gina Goh, the regional manager of watchdog group International Christian Concern (ICC) this month.

“The scale and tactics employed by the authorities are unprecedented and disturbing. Every day there are churches across China that become fresh victims of persecution,” she said.